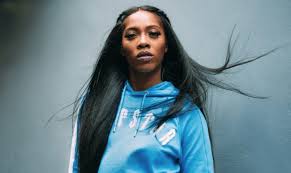 Tiwa Savage, popular Nigerian singer, has made it very clear that she wasn’t dissing anyone in her version of the trending music challenge, ‘Fvck You Challenge’.

The challenge, which was initiated by Kizz Daniel, became sensational as many top musicians like Sarkodie, Lil Kesh, Chinko Ekun, CDQ, Demmie Vee, Skibii, Young Jonn jumped on it, to do their own cover.

When the sexy singer and Mavin Records’ first lady did her own cover, she became the attention of the Nigerian Twitter community as many fans and music lovers were of the opinion that it was either a diss to Teebillz, her estranged husband, or Wizkid, her rumoured boyfriend.

“Bobo you no get shame, when we dey waka to studio to studio, you dey look for fame, two can play the game, first time you go international, mo fo wo mi ran e lo Canada (I paid for your Canada trip), Mr Living Da loca, 50 Bottles you still dey owe escape, carry Sisi Yellow, you dey form posh, say my melanin no dey pop,” the lyrics read.

Although no name was mentioned in her lyrics, a segment of social media users wondered who she could be referring to in the song. This is just as another group dragged Teebillz and Wizkid.

In an attempt to put an end to the speculations, the ‘Lova Lova’ crooner said that her cover was not a diss to anyone.

“Other male artistes don do their own challenge but na my own be sub? … IT IS NOT BEAUTIFUL PEOPLE, just a challenge. I hate no one and would never disrespect anyone like that. NEVER,” she wrote.