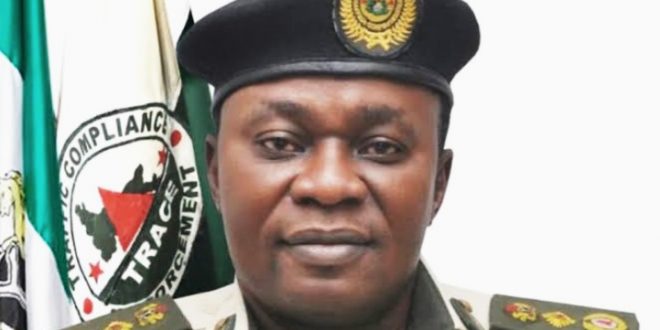 OGUN STATE: Three persons have been confirmed dead while two others injured in a road crash around Ajegunle on Papalanto-Ilaro road in Ogun state.

The fatal accident involved a Man diesel truck and a Toyota corolla car.
The Spokesperson of the state Traffic Compliance and Enforcement Corps (TRACE), Mr Babatunde Akinbiyi, disclosed this to Journalist in Abeokuta, the state capital on Wednesday, July 1, 2020.

According to him, the truck driver who was on top speed suddenly lost control due to brake failure and collided with the corolla coming from the other direction.

Akinbiyi noted that five persons were in the Toyota car marked JJJ 91 GD while two people were in the truck with no registration number, saying that both the three persons that died and the two injured were from the car.

He added that the injured victims were taken to Ilaro General Hospital, Ilaro while the corpse of the deceased were deposited at the mortuary of the same hospital.

“According to an eye witness account, the truck was on top speed when it suddenly lost control due to brake failure and collided with the car that was coming from the opposite direction.

“The vehicles have been deposited at Ewekoro Divisional Police Command, including the truck driver and the motor boy,” he said.