Breaking News
Home / NEWS / There Are Better Days Ahead – Dangote 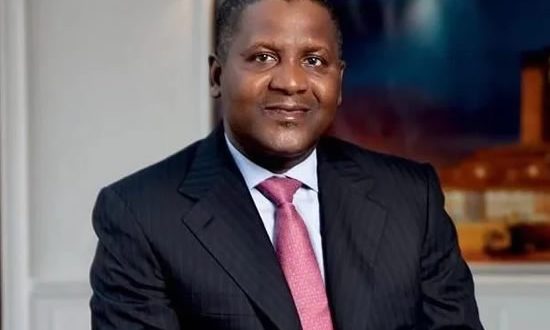 There Are Better Days Ahead – Dangote

Idowu Hamed March 19, 2019 NEWS Comments Off on There Are Better Days Ahead – Dangote 45 Views

The President of Dangote Group, Alhaji Aliko Dangote, has said that there are better days ahead for the business community in Nigeria, despite the elections ongoing in the country.

Dangote said there is a lot happening in Nigeria, and elections did not deter his companies from investing in the country.

“I think from the business community, things are going to continue to grow in terms of trajectory. When I say it; I mean there are quite a lot of things that are happening in Nigeria,” he told Channels TV.

“We didn’t really bother whether election period or not, we have been investing heavily in the country and we would continue to invest. I think we would have better days ahead.”

The businessman, who recently became one of the top 70 billionaires in the world, was listed as one of the members of Muhammadu Buhari reelection campaign team.

Less than 24 hours after, Femi Adesina, Special Adviser To The President On Media And Publicity, issued a statement saying Dangote, as a member of the peace committee cannot be a member of Buhari’s re-election team.

“It has become imperative to further clarify the status of Alhaji Aliko Dangote, named under the sub-head Advisory Members in the All Progressives Congress (APC) Presidential Campaign Council announced on Friday, December 28, 2018,” Adesina said

“Africa’s richest man, not being a card-carrying member of APC, cannot, and is not member of the PCC. He is also a member of the Peace Committee, and thus cannot be in a partisan campaign council.”

Dangote, as Africa’s richest man, is currently worth over $16 billion.

Tags There Are Better Days Ahead - Dangote#