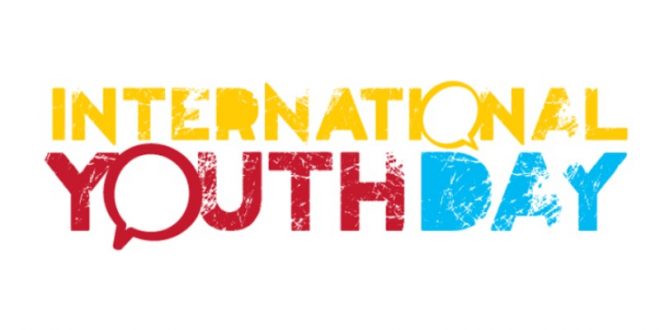 The Significance Of The International Youth Day And The Ogun Example

Idowu Hamed July 13, 2020 HEADLINE, OPINION Comments Off on The Significance Of The International Youth Day And The Ogun Example 28 Views

International Youth Day is an awareness day designated by the United Nations. The purpose of the day is to draw attention to a given set of cultural and legal issues surrounding youth. The first IYD was observed on 12 August, 2000. It is an annual celebration of the role of young women and men as essential partners in promoting human rights and development. It is also an opportunity to raise awareness of the challenges and hardships facing the world’s youth.

Young people are powerful agents of change and progress when they are educated and empowered to participate in decision-making. Yet around the world, too many youth are being left behind. They receive a substandard education or no education at all, and find few decent employment opportunities. They struggle to access basic sexual and reproductive health information and services. Without these tools, young people – young women, in particular – find themselves grappling with poverty, early pregnancy, disease and other challenges.

Indeed, young people are a driving force for peace and development, their energy and creativity are keys in building a better future, and they are often the first to come up with innovative solutions to the world’s most pressing issues. Yet, millions of young women and men are affected by conflict, violence and deprivation, and are unable to fulfill their potential. The world’s youth need safe spaces where they can participate, express their views and exercise their rights.

Today’s youth face many challenges; about 286 million young people live in poverty. More than 50 million are unable to read and write. And close to 60 million are unemployed. In 2019, over 258 million out-of-school adolescents lived in the affected by conflict, with today’s estimations much larger, which Nigeria has world largest number, which is about 10.5 million to 13.2 million and most of these children are in Nigeria’s northern States of Borno, Yobe and Adamawa, where Boko Haram insecurities have disrupted their academic activities.

The stigma allocated with such conditions also often leads to discrimination and exclusion from the opportunity to participate in education, work and cultural activities – negatively impacting the ability of youth to become both socially and economically engaged in the world around them. While millions of youth continue to face challenges and undergo associated psychological impacts, progress is being made. In the face of hardship, civil society and the international community are rallying to make sure that young people have the critical skills; tools and support they need to become healthy, productive and engaged members of society. Today’s youth bring great leadership and resilience, especially in Ogun State.

And if you could recalled that beyond physical, psychological and formal security initiatives, Ogun State has moved on to continue struggle for better life, banish illiteracy, unemployment and poverty among the youth in Ogun through a number of initiatives encapsulated under the acronym ISEYA: which is I-Infrastructure, S-Social Welfare and Wellbeing, E-Education, Y-Youth Development, and A-Agriculture and Food Security. All these are targeted at youth in the state, so as to be a role model for the incoming generation because the government of the day has obligated that all the youth in the state engage in one entrepreneurship or the other. That’s more reason it has focused on youth and creating the enabling and qualitative environment for youth in an enduring economic development of the state.

In view of the youth empowerment in the state, the State Job Portal was launched in August, 2019, and within a few weeks, over 120,000 unemployed and underemployed youths had registered on the portal. In fact, potential employers are now able to post their vacancies on the portal and it acts as a first point of call for employers looking for qualified people to hire. The setting up of an online platform where unemployed persons or business owners, seeking careers advancement, register their profiles is fast yielding the desired result. Indeed, to date, about 300 firms, both within and outside Ogun State have filled their vacancies and requested to tap into the great potentials of the job portal.

When we say youth empowerment, in fact, it is a process where children and young people in the country are encouraged to take charge of their lives. They do this by addressing their situation and then take action in order to improve their access to resources and transform their consciousness through their beliefs, values and attitude which the Ogun State has done to the youths in the State. Because, when the portal was launched in the State, no fewer than nine (9) engineers were hired by the Federal Capital Development Agency (FCDA), through the Portal. It was a great privilege for the State, FCDA and the engineers as whole for the opportunity given to them.

Also, the State Abocoders Academy; it is an initiative of Aspilos Foundation with focus to training women between ages of 16-35years in the act of coding (programming). The academy started with over 35 students, running a 4 months programme, which will equip them with the prerequisite skills needed to get industrial attachments placements. And we should all realize that the empowerment and autonomy of women and the improvement of their political, social, economic and health status is a highly important end in itself. Indeed, it is essential for the achievement of sustainable development, once, you empower women and also youths as a whole.

The State also established a Sports Commission, so as to help nurture the talents of the youths of Ogun State and due to be headed by Mr. Kunle Soname, a sport entrepreneur who is the first Nigerian to acquire a European Club, C.D. Feirense which he bought in 2015, from this, the state has hosted two different marathon races, namely; JAC Motors 10km Race, and the Valuejet IAU African Championship, tagged Remo 2019, all these was to encourage youths in the state to be self-sufficiency and self-determining in all impediments.

OGUN KIDS TECH CLUB, was created to provide an enabling environment for kids and other young technocrats to network, socialize and brainstorm in the State, it also created SHARED Service and DATA CENTRE, this bureau operates a data centre and currently have a 42U Rack at the DC which host the State mail server and other application servers used by other MDAs.

The Ogun State government also renovated the National Youth Service Corps (NYSC) Orientation Camp in Sagamu, including hostels, chalets, halls and clinics in its bid to empower and encourage the youths, both serving ones and unemployed to be more productive, it also provided two (2) industrial boreholes for use in the camp, the State further hosted the 1st Western Zonal Competition of the Paralympic Games at Ijebu-Ode Stadium, it also reroofed the Grand Stand and comprehensively renovated the hostels.

Today as we acknowledge and celebrate youths around the world, the Ogun State government has pledged to continue the momentum and together work to ensure that youth in the state, especially the most vulnerable and marginalized, are well equipped with the proper skills and tools needed to lead us and other States round the federation towards a better world.

*Momodu Kazeem, is an Information Officer in the Ogun State Ministry of Information and Strategy, Oke-Mosan, Abeokuta, Ogun State.