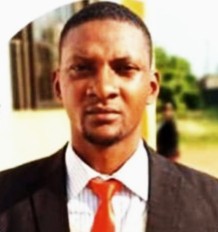 The former President, Student Union Government of the Federal Polytechnic, Ilaro, Comrade Adegboye Olatunji who was arrested on February 19, 2020 over alleged involvement in cultism has dropped a suicide note, saying when he dies no one should mourn his death.

It was gathered that since Olatunji dropped the suicide note to a WhatsApp group at exactly 3:32pm on Saturday, June 20, 2020, his whereabout has been unknown.

It was learnt that, he accused the Polytechnic Management of being responsible for his ordeal.

The suicide note reads, ” Glory be to God for this probably the last breathe in my nostrils, no matter how fainting it may seem. More importantly, this may be the last thing I write since my hope to write statement of accounts, proffer economic solutions to the Nigeria financial problems has been dashed and shattered by the powers that be. I accepted to study Banking and Finance to fulfill my dreams but all I live to write now is suicide note.

“It’s being 114 days now since my case got adjourned, and to my utmost dismay, no individual or group has done anything to revamp my hope.

“They say if you are silent in the days of adversity, you have taken the side of the oppressor. Now the question is, “Who is raising a voice in my favour?

“Is it a crime to stand against the annihilation of the management against the students that gave me a mandate to defend their interest?

“Is it a crime for me to object the hike in accommodation price in the interest of striving Nigeria students?

“Is it a crime for me to send a red signal to the management in their quest to increase school fees, while pointing them to other means of IGR to execute their projects?

“Let no one mourn me when I finally pass on into the luminary realm, for when I need the continued support of activists, comrades, stakeholders, and sane individuals in the society to make me sail this trying time, no one, I mean no one was seen. Truly yours, Comr. Adegboye Emmanuel Olatunji (Once upon a time advocate of the masses)”.

He said “We write to inform you that efforts are being made to track his present state and location and as such, We have made efforts to report to the necessary quarters to help in his search.

“Reports made it known that he was found wandering about around 12am in Abeokuta today, but we assure you that we’re not relying on reports only, but Efforts.

“We also hope that all efforts put together by everyone of us to get him back will yield positive results soonest.

“Let’s continue to pray for him and as I will urge us all that suicide is not an option to problem”.

Publisher and Editor in Chief - Magazine and Online Tel: 08038525526 - 08023339764 - 08055657329 Email: startrendinter@gmail.com
Previous I Did Not Stop Anti-Corruption Agencies From Investigating Alleged Fraud In NIRSAL – Minister Of Justice
Next Post COVID-19: Recession, The Survival Of MSMEs And Consumers’ Dwindling Buying Power