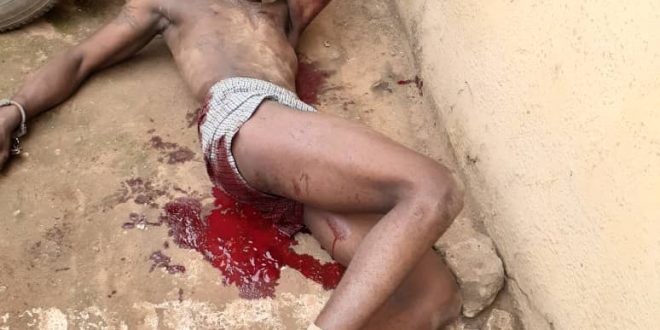 A 26 year old man was arrested by some Police Officers for assaulting a young lady at Sango Otta area of Ogun State on Friday July 19, 2019. 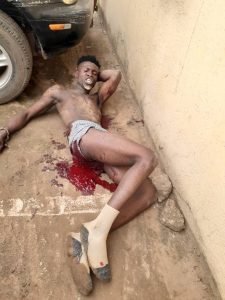 The man was immediately hand-cuffed at the DCB office because he was violent, but he suddenly broke the hand-cuff and quickly grabs an axe to hit the people around him, but everyone ran for their life.

The accused also used that axe to break about 16 wind-screens of the vehicles packed inside the station, but he was about to attack and disarm a senior officer he was shot at the leg.

Thereafter, the man made a confessional statement that he is a cultist and that he is a member of Aiye Confraternity’s, saying his mission at the Police station is to release every cultist that were in the Police detention.