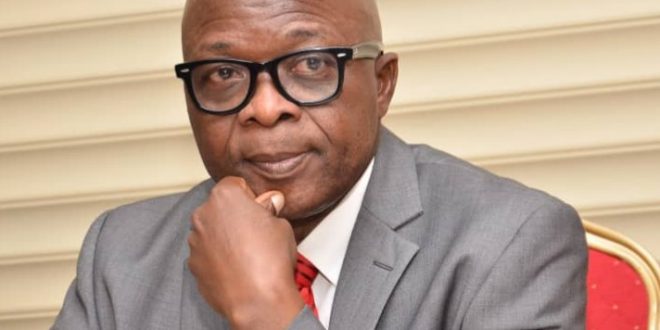 STORY TELLING HOUR: WINNERS OF COMPETITION GIVEN LANDED PROPERTY AS REWARD IN OGUN

Idowu Hamed 5 days ago NEWS Comments Off on STORY TELLING HOUR: WINNERS OF COMPETITION GIVEN LANDED PROPERTY AS REWARD IN OGUN 18 Views

Three winners of the just concluded three-day story telling hour/reading activities, skill acquisitions and other related programme organised by the State Library Services, for students in primary and secondary schools across Ogun State have been rewarded with a plot of land each.

The Commissioner for Education, Science and Technology, Prof. Abayomi Arigbabu while presenting the prizes donated by the Abeokuta Lions’ Harmony Club, noted that such gestures is significant in educational development as it would spur those that are doing well in their academics to do more.

Arigbabu, According to the Ministry’s Press Officer, Ms. Damilola Jacob, revealed that rewarding excellence was in tandem with the vision of the present administration, recalling that earlier this year, the Governor himself celebrated some academic laureates with houses and cash gifts in appreciation of their exploits.

“Rewarding excellence is in tandem with the vision of the Prince Dapo Abiodun led-administration. Just recently, the government organised Academic Laureates 2021 to reward excellent performance in the education sector and we are pleased and ready to support any group that look into that direction, just like Abeokuta Harmony Lions Club”, he said.

The Commissioner lauded the Club and the management of Sweet Estate for deeming it fit to give the lands, which he said would in no small measure establish the children, as landed properties are known to appreciate in value.

In her remark, the Permanent Secretary of the Ministry, Mrs. Abosede Ogunleye said the prize would challenge other students to do better in their academics.

Speaking, President of the Club, Lion Jide Sodiya pointed out that the gesture was to encourage students see the benefits of giving their best to their education, revealing that the lands had been fully paid for with the document and receipts.

Also speaking, a former President of the Club, Lion Olumide Falola noted that the gesture would be an annual event that would cut across primary and secondary schools.

Appreciating the State government and the Club for their generosity, the winners, Faizah Akintan of Front Foundation College, Khadijat Sanni of Al-Ameen College and Nafis Maku of Green Bridge Integrated School, all in Abeokuta, said that the gifts would encourage them to focus more on their education.