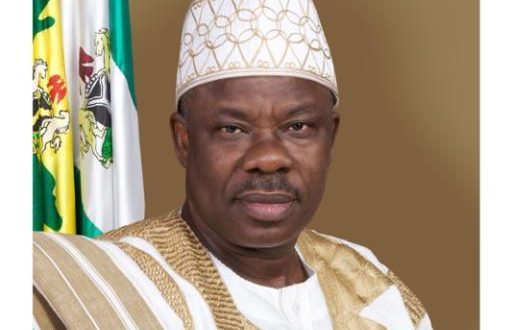 South West States Should Return To Vibrant Economy Era – Amosun
BY KOLAWOLE OLAYINKA, ABEOKUTA
The Ogun State Governor, Senator Ibikunle Amosun has stressed the need for South west States to fully explore their areas of comparative advantage towards achieving economic self determination for the region in order to return to the era of its vibrant economy.
Governor Amosun made the call while declaring open the South West Governors’ Forum under the aegis of Development Agenda for Western Nigeria (DAWN) in Abeokuta.
The host Governor observed that in achieving the regional integration, there must be collaborative efforts towards identifying the exports potential in the region by replicating what was done in the era of Chief Obafemi Awolowo.
For instance, he said the region had comparative advantage in extractive industry such as limestone for cement, petroleum resources, with bitumen in Ondo and Ogun States having the second largest deposit of bitumen in the world.
Amosun also called for the development of the agricultural sector by embracing the opportunities from its value chain while premium must be placed on mechanised farming.
Speaking on security, Governor Amosun urged his colleagues to collectively tackle the increasing social menaces threatening peace in the region such as kidnapping, cultism and herdsmen’s attacks through sharing of intelligence report, phasing- out artificial boundaries to check illegal migration for collective responsibility and development among member States.
On his part, the Oyo State Governor, Senator Abiola Ajimobi, advocated that the relationship among the governors in the region should transcend political leanings, aligning with his Ogun State counterpart in the areas of harnessing opportunities and potentials that abound in the region so as to compete favourably with any nation in the world.
Similarly, the Osun State Governor, Ogbeni Rauf Aregbesola, opined that the region should look at the best ways to combine efforts for a common ground that would engender foreign exports of products from the region in the areas of comparative advantage.
Also in their separate remarks, their counterparts from Ondo, Arakunrin Rotimi Akeredolu, Lagos, Mr Akinwunmi Ambode and Governor Ayodele Fayose of Ekiti all expressed their renewed commitment to the actualisation of the development agenda for the region.