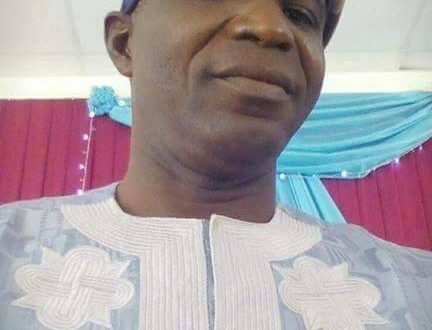 The Federal Polytechnic, Ilaro has appointed Mr. Abiala Olusola Alani as the new Public Relations Officer of the Institution.
The Appointment came as a result of the retirement of Revd. Samson Lasunkanmi Bolaji on September 19, 2017 after he attained the mandatory retirement age of 65 years.
Until his appointment on September 20, 2017, Sola Abiala, as he simply likes to be called was the Deputy Registrar, Academics Affairs Department of the institution, which he joined in 1983 as a Clerical Officer.
A holder of Degree of Masters in Communication and Language Arts (MCA) of the Nigeria Premier University, University of Ibadan, Sola Abiala also possesses Higher National Diploma (HND) in Mass Communication from Ogun State (now Moshood Abiola) Polytechnic, Abeokuta and National Diploma (ND) in Mass Communication from the Federal Polytechnic, Bida Niger State.
The new PRO has worked in various capacities in various units of the institution such as: Deputy Registrar (Academics), Principal Assistant Registrar (Central Administration), Senior Assistant, Registrar (Academics and Exams), Officer, School of Engineering and Senior Executive Officer, Council Affairs amongst others.
It will be recalled that Sola Abiala had once had stint at the Public Relations Unit of the institution during his one year Industrial Attachment in 1987/1988 and in 1994–96 as the substantivePRO, respectively.
The new PRO has academic working experience as a Part time Lecturer in Mass Communication and communication related courses in some tertiary institutions, including the Federal Polytechnic, Ilaro between 2004 and 2010.
Sola Abiala has served in various committees of the institution; such committees include the Academic Board, Staff Appointment and Promotion Committee, Admissions Committee, Housing Committee, Loans Committee, Medical Service Committee, NBTE, College Portal Implementation Committee, Publications Committee, Examinations Committee, Disciplinary Panels, Committee on Step–B Projects among others.
The new PRO is a member of so many Professional bodies including the Nigeria Institute of Public Relations (NIPR) , Advertising Practitioners Council of Nigeria (APCON), Nigerian Institute f anagement, (NIM) ,Certified Board of Administrators of Nigeria (CBAN), Nigerian Institute of Training and Development (NITAD), Institute of Chattered Administrators (ICAD),etc. He has attended various conferences, seminars and workshops both locally and internationally.
Mr. Abiala is a prolific writer and has two novels: The Seed of Horror’ and Citadel of Sin to his credit. His hobbies include writing, Compeering (MC) of events, watching football matches and indigenous films.
Giving the necessary support, Sola Abiala who was born in September 1963, and married with children has the potentials to repair, rebuild and rebrand a better image of the institution.
StarTrend Int’l magazine and website wishes Sola Abiala a sucessiful tenureat the Federal Polytechnic, Ilaro.