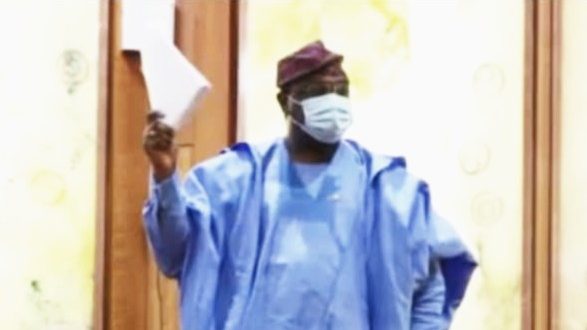 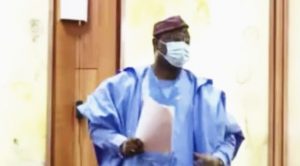 ABUJA – Senator Tolu Odebiyi, the senator representing Ogun West, has during plenary session of the Red Chamber frowned on the massive exploitation of corruption among political and public office holders.

Sen. Odebiyi in a video that went viral explained his points on the report which was made for the eradication of poverty and curbing of corruption in Nigeria was outrightly done with the intention to stopping the menace of corruption and to relief the masses of their sufferings.

His words, “Today, I am very sad. I think I am also angry. Angry because this report is an indictment to all of us because we are the trustees of the people. NDDC is just one of many. There are so many agencies similar to 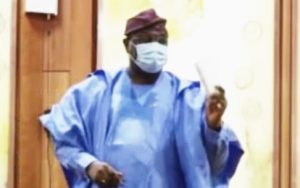 NDDC. This is what happens when there is absolute impunity in any country.

“We have failed to nip corruption by its bud and now it’s killing us. All hands should be on deck in this fight so as to give a convincing result.”
Odebiyi who submitted his report with a resounding remark and a glaring stern of hatred for corruption in a ray of emotion, echoed his disheartened sadness over how taxpayers funds are looted and siphoned by corrupt politicians and public officers who believed in immunity, “thereby ruining lives of millions of the citizens.”