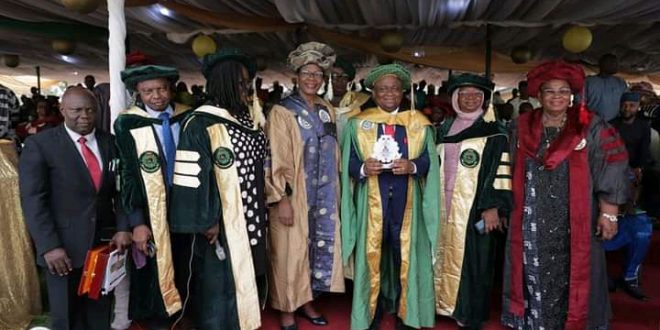 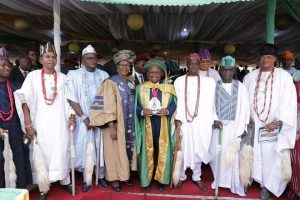 ILARO-YEWA – Senator Olamilekan Solomon Adéọlá, has reiterated his indigeneship in the Yewa area of Ogun State, saying as a Yewa indigene he is resolute to serve his people.

Fondly called Yayi, the Senator presently representing Lagos West at the Upper Chamber of the National Assembly while given his acceptance speech of the Fellowship Award conferred on him at the 20th Convocation of the Federal Polytechnic, Ilaro, re-echoed the truth that he is a Yewa born citizen who is representing and doing well outside of Yewaland and who is ready to come back home to serve his people in any capacity.

Senator Adeola who Chairs the Finance Committee at the Upper Chamber of the Nigeria National Assembly noted that “more than ever before, I am resolute to serve my people”.

He expressed his appreciation for the honour by promising, among others, to fund total electrification of the Federal Polytechnic, Ilaro; a challenge that has become a hindrance to the expected growth and value of the only tertiary institution in Yewaland.

Adeola also disclosed a Fifty Million Naira (₦50m) Endowment Fund to pay tuition fee of underprivileged indigents, adding that lighting up of Ilaro and its environs is a must-do project. 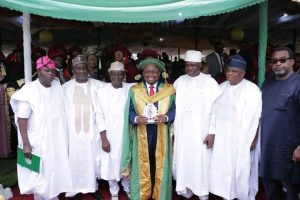 Enumerating some of his good deeds towards developing Ilaro, Senator Adeola promised that within the next three months, the ongoing Orita-Moloney road will be completed.

His words, “Recently, I equally facilitated the repairs of Ilaro-Papalanto road by FERMA. I want to say that we are taking this to the next level by calling on the Federal Government and working closely with them to make sure the road is given a facelift by the grace of God.

“The Best Graduating student, I have watched with keen interest when awards upon awards are been given to you. I congratulate you. I celebrate you. I want to say this; for being the best graduating student of this institution, I announce a personal donation of the sum of One Million Naira (₦1m)”.

The President who was represented by the Chairman of the Governing Council, Dr. (Mrs) Veronica Ogbuagu applauded the awardee, especially for his special interest in sponsoring educational related bills.

“I rejoice with the fellowship Awardee – Distinguished Senator Solomon Olamilekan Adeola representing Lagos West Senatorial District who had sponsored a lot of Bills at the National Assembly in favour of Education and other related human needs. Wishing you more success in your future endeavors”, President Buhari enthused.

Also, in his speech, Rector of the Polytechnic, Arc. Olusegun Olanrewa Aluko PhD thanked Senator Adeola for his support which he described as having deep attachment to the institution.

His words, “The Yewa Community as a whole has from time to time, shown a deep attachment to the Federal Polytechnic, Ilaro. 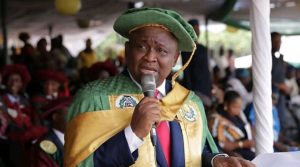 “The institution had always wished this attachment would translate to a belief in the vision and mission of the institution.

“There have equally been indications of these here and there, but someone, and one of the very few in whom this has found profound expression is Senator Solomon Olamilekan Adeola (aka Yayi).

“The relationship between our beloved Senator and the institution has been profoundly deep from the start. The distinguished Senator has shown deep love and understanding for the institution, and her mission and vision statements.

“He has identified with her aspirations in major ways. It stands to his credit that he has for many years now maintained awards backed by significant monetary prizes for our graduating students in order to reward academic excellence in the institution. 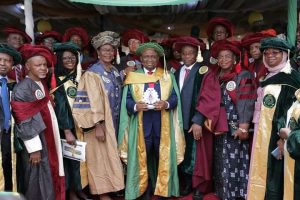 “Presently the senator has gone a notch higher by facilitating the funding and building of the National Productivity Centre with a public library donated to the institution. This is a major shift of narrative that continues a pattern of turn-key benefits bequeathed on the institution.

“Our beloved Senator also sponsored a bill for the conversion of the institution into a University. Today, I am proud and highly elated to have been the Rector to have received these interventions.

“As an institution, there is nothing that we can do that is higher than what we have set out today to do and that is, the conferment of the Fellowship Award of the institution on Senator Olamilekan Adeola, FCA at this convocation”.