Breaking News
Home / CRIMEBEAT / Save Us From Land Grabbers, Ogun Indigenes Cry Out To Govt 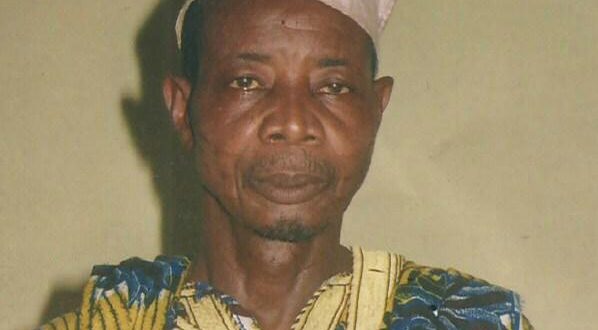 Save Us From Land Grabbers, Ogun Indigenes Cry Out To Govt

Idowu Hamed November 4, 2019 CRIMEBEAT, HEADLINE, NEWS Comments Off on Save Us From Land Grabbers, Ogun Indigenes Cry Out To Govt 59 Views

The people of Adedigba community in Ado-Odo/Ota Local government, Ogun State have cried to the state government to save them and their properties from armed thugs and land grabbers.

The Adedigba community alleged that the land grabbers are threatening to take over their landed property and the entire community.

They spoke through one of its indigenes, Pastor Amos Adeoye from the family of Adeoye in Abeokuta on Thursday, October 31, 2019, while lamenting that the menace of the criminals was becoming too worrisome as indigenes could no longer sleep with their two eyes firmly closed.

Speaking with Journalists after a recent attack on the village, the clergyman alleged that the armed thugs were allegedly hired by members of Idajegemo Family from another village (name withheld).

He recalled that in 2015, his 75-year-old father, Pa Tiamuyu Adeoye who was a farmer was found missing after leaving home to work on his farm, claiming that his disappearance could not be unconnected to the diabolic activity of the thugs.

The pastor hinted that the said thugs destroyed economic trees, cash crops, cassava plants, tomatoes and host of other crops planted by the aged farmer.

Narrating their ordeal, Pastor Adeoye, who is the Eldest son of the missing farmer stressed, “On Monday 14th of September, 2015, my father went to work on his farm within the Adedigba village and to our surprised he did not return home and when we went to look for him the second day we could not found him except his cutlass and a pair of shoe that he wore to the farm the day he got missing.”

He added, “Immediately we reported the case at Agbara Police Station. The police followed us to the farm to confirm our report and they assured us that they would investigate the unfortunate disappearance of our father which was to no avail till date.”

But Pastor Amos Adeoye wondered while the suspected thugs were released 24 hours after their arrest, concluding that their release came as a result of intervention by the menacing Idajegemo Family.

Supporting his claim that the thugs were being sponsored by the Idajegemo Family, Pastor Adeoye explained that one Dauda Aforilaku who happened to be a family member of Idajegemo, when he was arrested, confessed that he was the one who brought agent and caterpillar about four years ago to destroyed their (Adedigba Village) farms and properties.

Pastor Adeoye further explained  that the Idajegemo Family had since continue to threatened to deal with them severely through the dare devil criminal land grabbers, threatening that more members of the family and the village members would be killed and their properties would further be destroyed if they fail to  to release landed properties to them.

He then called the on government to help them unravel the miseries surrounding the disappearance of their father which is over four years now and to checkmate the armed thugs and prevent their village from further attacks.