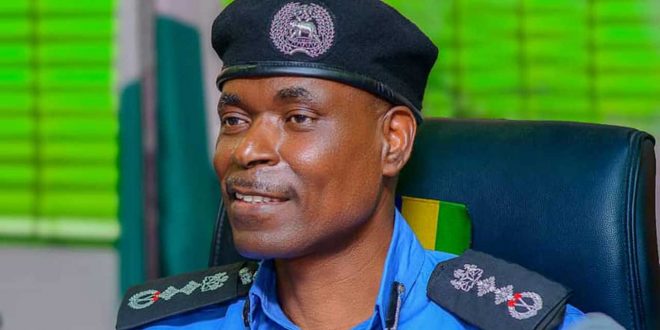 SARS Brutality: IGP Moves To Take Guns Away From Police?

The Acting Inspector General of Police, Mohammed Adamu, says the police are in the process of acquiring and deploying less lethal weaponry during operations.

Adamu made this known on Thursday in Osogbo at the inauguration of a Zonal Security Stakeholders’ Forum, a community policing concept for the Police Zone XI comprising Ondo, Osun and Oyo.

The News Agency of Nigeria (NAN) reports that the forum was aimed at galvanising the people of the three states towards identifying and partnering with the police to address peculiar security challenges.

The IGP, who was represented by the Deputy Inspector General of Police, Taiwo Lakanu, said he had commenced the process of addressing factors that engender conflict and distrust between the citizens and the police, particularly issues bordering on misuse of firearms and sundry abuses of police powers.

“Toward this end, we are in the process of migrating from total dependence on lethal weaponry as first line of police operations toward acquiring and deploying less lethal weaponry such as taser or stun guns.

“Under the new policy, personnel on low-risk policing duties like routine patrols, arrest duties, and civil disorder management will be armed with taser guns or stun guns as a strategic approach toward reducing incidents of fatalities associated with misapplication of lethal weapons by the police when faced with low level threats,’’ he said.

He also ordered that the shift duty structure of the Nigeria Police, which is currently a 12-hour, two -shift system should be reverted to the traditional eight-hours, three-shifts shift standard.

Adamu said the medical service of the police had also been directed to introduce emotional intelligence, stress management and cognitive therapy toward enhancing the psychological and emotional stability of all police personnel while on duty.

He said all these initiatives were directed at closing the trust gap between the police and the citizens as well as create a conducive condition for partnership between them.

Adamu commended the foresight, professional depth and sense of commitment to duty of AIG Adeleye Oyebade, the Assistant Inspector General of Police in-charge of Zone XI, Osogbo, for conceptualising and driving the process of inaugurating the stakeholders’ forum.