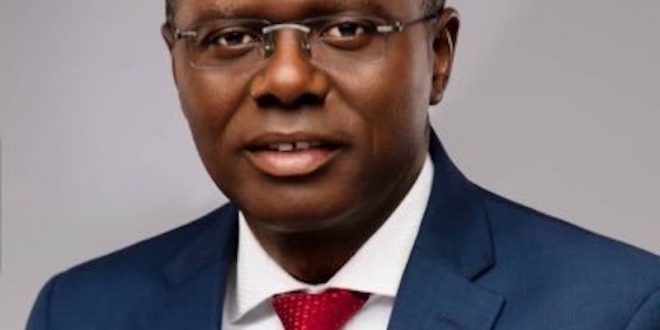 Lagos State Governor Babajide Sanwo-Olu in fulfillment of his election promise to accelerate his administration’s development agenda, on Sunday July 14, 2019, transmitted a list of Commissioner-designates to the House of Assembly for ratification.

According to statement signed and made available to the media by the Governor’s Deputy Chief Press Secretary, Mr. Gboyega Akosile, the list contained twenty five names, which are to assume duty as Commissioners and Special Advisers upon ratification by the legislature.

Akosile disclosed that, Sanwo-Olu carefully picked the nominees based on their cognate experience in their respective professions, saying “the list comprised names of technocrats and politicians, who understand the challenges of the state.”

He noted that the painstaking and laborious selection process was aimed at constituting the best team that will serve Lagos in line with the agenda of his administration, vision of delivering a city-state that will rank among the top most loveable cities in the world.

The statement said: “We took our time to pick the best hands for the tough job Lagosians have elected us to do. The nominees for the twenty five Commissioner and Special Adviser positions include women and men who have made their mark and at the zenith of their professional callings.’’

Governor Sanwo-Olu’ media aide stated further that the current list is first batch, saying that consultation was going on with regard to the complete number of the cabinet members.

Akosile further disclosed that the new cabinet would be unique, because of its diversity. Quoting Governor Sanwo-Olu, he said, “Lagos would continue to take the lead in innovation, gender-balance and youth inclusion in the administration of the State.

“We have a blend of youth who are under 40 among nominees for Commissioners and Special Advisers. Women too are well represented in the list. We believe Lagos deserves the best and we cannot give the people anything less than that,” the statement said.

Breaking down the list of nominees, Akosile disclosed that there are 17 men and eight women that will be sworn in as members of the State Executive Council.

He also said in keeping his promise of millennia’s inclusion, Governor Sanwo-Olu included youths who are in their early and mid-thirties in the list of nominees.

The State House of Assembly is expected to carry out a screening of the nominees to set the machinery of governance in full swing.

Below are names of the nominees: