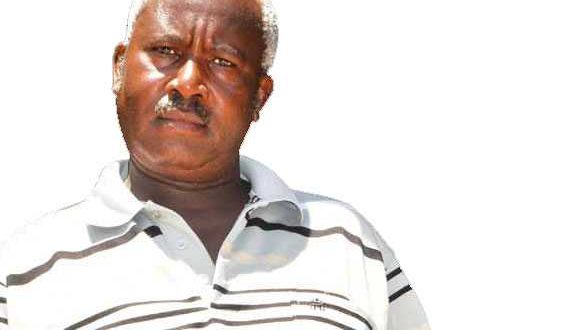 Sad Story Of How Former Senior Journalist, Francis Muroki, Allegedly Tormented By His Wife, Reduced To A Pauper

StarTrend April 10, 2019 INTERVIEW Comments Off on Sad Story Of How Former Senior Journalist, Francis Muroki, Allegedly Tormented By His Wife, Reduced To A Pauper 344 Views

Francis Muroki walked into our offices carrying a huge portrait and clinging to it like his life depended on it. I was amused and curious at the same time. We exchanged pleasantries and settled down for the interview as he unwrapped and proudly spread the portrait on the table. It was a congratulatory message from Pope John Paul II, on Muroki’s wedding day in 1986. I was now more alert, as I sought for more details.

“The Pope’s congratulatory message was read by the presiding minister on our wedding day at the Holy Family Bascillica in Nairobi. Several priests, deacons, seminarians, bishops and archbishops co-celebrated the mass. My wife and I exchanged our golden wedding rings, which arrived from the Vatican, Rome, on the morning of the wedding along with the Pope’s message. We had a fabulous wedding and an enviable start of our marriage.

Severally, I had gone to Rome on official duty while working in the media and for the Catholic Church as an editor and writer of the various magazines owned by the Church. I had also met the Pope in person when he visited Kenya in 1997. The portrait is the only possession that survived the onslaught in my house that visited me later. Consequently, the vows I made that day have no meaning anymore.

It was my day for double blessings when I got a job in 1985 in the editorial department of the then Kenya Times Media Trust in Nairobi. I also met and fell in love with a young girl working in the advertising department. We courted for a year and our love culminated with us walking down the aisle in 1986.

Our marriage was blessed with three children who arrived in quick succession. They were all born at the Nairobi Hospital. At the time, the hospital demanded early booking and deposit payment three months in advance for any woman who wished to deliver there. I wasn’t cowed since I wanted to give my family the best start in life. I also hired a highly qualified paediatrician to take care of my children, as they all had challenges at birth.

Our first child was born in 1987 had bouts of serious tonsillitis for the better part of his childhood. I recall frequenting hospitals and paying huge bills until he finally outgrew his condition. Our second child was born in 1988 after a very difficult pregnancy. We were so afraid that the baby would be born prematurely. Luckily, this wasn’t the case and the baby girl was born healthy.

And in 1990, our last child was born through a Caesarean section. After the Caesarean section, my wife developed a hernia – a very painful condition that cost a lot of money to treat. Her medical bills were so high that I overspent on my medical cover from my employer. I also took some time off work to care for her. As a result of spending too much time out of the office and claiming more than I should have on the medical cover, everything snowballed into a huge problem and I eventually lost my job at a time when I desperately needed it.

Putting family first… Thankfully, while I was employed I had bought land and built a beautiful permanent home in Nairobi’s Ongata Rongai area where we settled. Additionally, we were a prayerful family and went to church together. Indeed, my wife and I held special duties in our local church and were members of the Marriage Encounter – a catholic group that trains and encourages couples on practical ways to good marriage. We then graduated to marriage counsellors, often helping many couples and couples-to-be. In addition, I was a writer on family issues in the Catholic publications and ran a column titled ‘The Family’ in one of the publications.

My priority was to give my children a good foundation and we enrolled them in good private schools in Meru, Molo and Kisumu. I was big about cars and often sent my wife to Dubai to buy and ship our personal cars and matatus, since we operated a fleet of matatus in Ongata Rongai area. This was also a chance to expose her to the world and broaden her knowledge. All the vehicles were registered in her name because I was a believer that in a marriage, there should be no division of property.

Eventually in 2007, I left the mainstream media and had spells of being jobless. The financial situation got worse and progressively started affecting our marriage. Luckily by the end of 2007, I got a short-term contract with the United Nations Development Programme (UNDP) of training and reporting on the post-election violence.

By the time the contract ended, our children had completed their high school. Our firstborn enrolled at Strathmore University in 2008, the same year I also enrolled for an evening programe for a communications degree at the Daystar University. In 2009, our other two children enrolled at the Kenya Methodist University (KEMU) in Nairobi. Luckily, my wife who at the time had a steady job in the insurance industry, helped pay their school fees.

I struggled to complete my course at Daystar as well as look for a job. It wasn’t easy and my wife was getting jittery about my jobless status and failure to provide for my family. Sometimes it was embarrassing when my children asked me to buy them something but I could not afford it. With time they lost respect for me and my wife didn’t help matters, as she would put me down in their presence. She also changed her attitude towards me.

One night in 2010, I fell and hurt my knee near our home as I was coming from evening classes. My family was not bothered when I got into the house in bloodstained clothes. That was the painful beginning of my isolation.

Subsequently, I came home one evening in January 2011 and was held captive by my family. My son secured the front door with a chair and kept guard so that I couldn’t get out. My wife and children humiliated me for hours. They were spoiling for a fight. My eldest son openly challenged me to a physical fight, as he verbally abused me. It was a very painful experience.

After this incident, my wife hired transport and packed all our household items and walked out of our 24-year marriage taking along the children. A very sentimental item, a 29-inch TV media award that I won in 2004 and received in Bangkok, Thailand, wasn’t spared either. I was devastated and moved into a lodging in Ongata Rongai until it became financially untenable. I moved back into my empty home where I still live alone to this day.

I developed severe depression and have severally contemplated on drowning my sorrows in alcohol. On learning about my marriage break-up, my mother went into shock and collapsed. She never regained consciousness and died in hospital three weeks later, towards the end of April 2011. After her burial, I picked a few items from her house and returned to my house to start life afresh.

At 55, I am lonely and only left with memories of my now broken family. I am back to where I started as a young man, with nothing to my name. I have become a total stranger to my family as was evident in mid last year during my children’s graduation. I was not invited and only learnt about the gradation from family friends. The bible has been my best companion, adviser and consoler.

Don’t sit on your laurels… I thought I had done the best for my family but today am wiser. Even when you think you are comfortable and settled in your seemingly lasting marriage, don’t bask in your glory. I have since learnt that, just because your spouse is a Christian doesn’t mean they are saints. Now I know what it means to have and lose a family.

Previous Millions Of Nigerians In Shock As UN Reveal Who Will Replace President Buhari In 2023
Next Why Simi Says; Yahoo Boys Should Stop Buying My Music 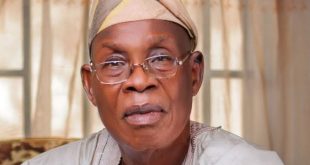 Life Is Easy Provided You Didn’t Make It Difficult For Yourself, Says Elder Agboola Dada @ 70 (+photos) 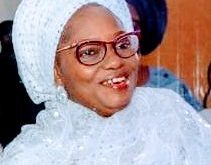 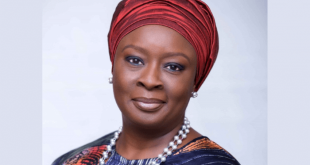