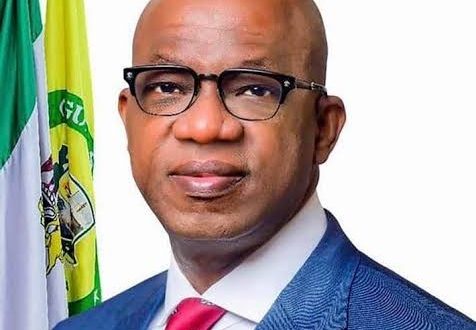 ABEOKUTA : The Ogun State Governor, Prince Dapo Abiodun has been commended for his on-going infrastructural revolution in the state since he assumed office.

Oba Folarin maintained that Gov Abiodun has done a lot in projects execution in various sectors of the state which include road construction, health, education, security and infrastructural development.

The Royal father appreciated the present administration for completing the projects left behind by the last administration, commending the state Governor for implementing projects that have direct bearing on the masses.

Pledging their unalloyed and unflinching support and loyalty to Governor Abiodun and his administration, the General Secretary of G-75 Obas noted that the Royal Fathers will continue to do the needful to ensure the success of the first term tenure of Prince Dapo Abiodun.

According to him, the Royal Fathers loyalty is to guarantee double assurance for the state government that the G-75 Obas are fully in support of the programmes and policies of the present administration in the state.

Oba Folarin thanked the state Governor, Prince Dapo Abiodun for giving the judiciary in the state free hand to operate in the dispensation of Justice.

He urged the state Governor to disregard negative rumours, comments and information given to him about them saying that such negative comments are meant to portray G-75 Obas in bad light.

Oba Folarin therefore assured Governor Abiodun of their continued support to his administration, saying that they will continue to work with his administration in their various domains with a view at complementing the efforts of the state government towards moving the state forward.

Publisher and Editor in Chief - Magazine and Online Tel: 08038525526 - 08023339764 - 08055657329 Email: startrendinter@gmail.com
Previous Having A Firstbank Salary Account Can Ease Your Money Problems, Find Out How…
Next “Tinubu Is Solely Responsible For Problems Of Nigeria And Does Not Deserve To Be President” – Adebanjo