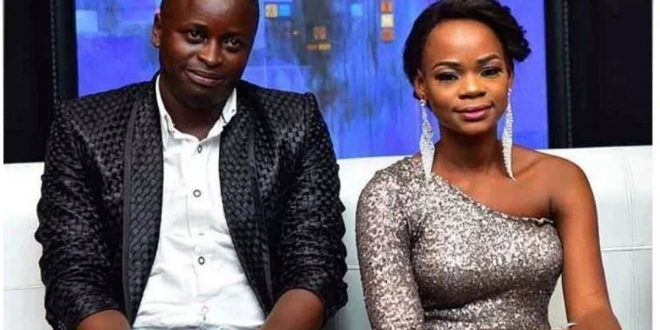 Words are currently milling round that Olajumoke Orisaguna, the bread seller turned celebrity, has left her husband and father of her two kids, Mr. Sunday Orisagunna, for good.

Global Excellence gathered that Jumoke Oniburedi as Jumoke is known, had changed her surname on her social media accounts to Chris, removing Orisagunna.

Sources said that Jumoke, who has been making a lot of money from appearance fees, talk shows and brands endorsements, became uncomfortable with her husband ‘talking ill’ of her to the press.

The fairy tale rise-to-fame of Olajumoke three years ago inspired millions of Nigerians, especially peasant ladies in her former position before she was rescued by seasoned photographer, TY Bello and journalist, Azuka Ogujiuba. Her miraculous transformation as well did capture the interest of international media and served as a prayer point for many who desired her luck.

The interventions and series of accompanying developments saw the fortune of Jumoke take a leap.

Meanwhile, sources said she alleged her husband was talking too much and his behaviour was negatively affecting her social status and source of livelihood.

Jumoke’s husband once told journalists in an interview that life had been incredibly tough for him since Jumoke’s sudden fame, as help was farther from him because many people assume that because his wife has made it big, he was also rich, yet he was not enjoying from her supposed riches.

Jumoke and Sunday were not formally married but lived together awaiting her parents nod for the formalization of their union, an inside source revealed.

Previous How Comedian Wins Ukraine Presidency In Landslide
Next One Killed, Many Injured As Nigerian Police Officers Open Fire At A Bus Stop In Ogun