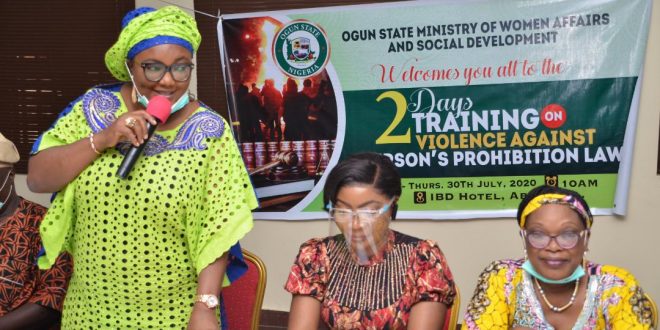 ABEOKUTA – Ogun State Government has renewed its commitment towards ensuring eradication of rape, as it promised to fully implement the Violence Against Person’s Prohibition Law (VAPP LAW).

The Commissioner for Women Affairs and Social Development, Mrs. Funmi Efuwape gave this assurance recently during a two-Day training on efficient implementation of the VAPP law, for stakeholders, held in Abeokuta.

Efuwape emphasised that the Ministry has front-lined the coordination of individual effort through capacity building for relevant stakeholders, to embolden the fight for gender equality and ensuring a violent free Ogun State, urging all to support government towards total eradication of violence against persons.

“I want to appeal to all parents to join the Ministry in the fight against this menace, so that within the shortest period of time, we will make a positive impact that will last long”, Efuwape advised.

In her welcome address, the Permanent Secretary, Dr. Ranti Oladeinde said ‘’violence and act of violating human right is a global epidemic that should be totally eradicated, as most common act of violence was against the women, girls and the boy child which included sexual harassment, rape, physical and emotional violence’’. 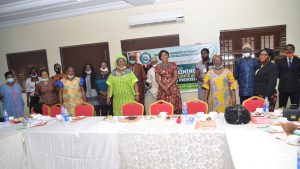 She therefore called on government at all levels to create more institutions that could address the root causes of gender based violence, the impunity that goes with the scorch, implement policies and enact laws for stronger national response that could support victims and survivors of the violence.

Delivering lecture at the training, a child protection except, Mrs. Peju Osoba, said ‘’the VAPP law addresses not just sexual issues but more, including sexual, physical abuses, female genital mutilation, widowhood practices and political violence’’, adding that if the VAPP and the Child Right Law were well implemented, there might not be need for any other criminal law.

She noted that creating awareness of the law, quick response to cases of rape, advocacy, monitoring and evaluation were key to ensure total eradication of this menace from the society.