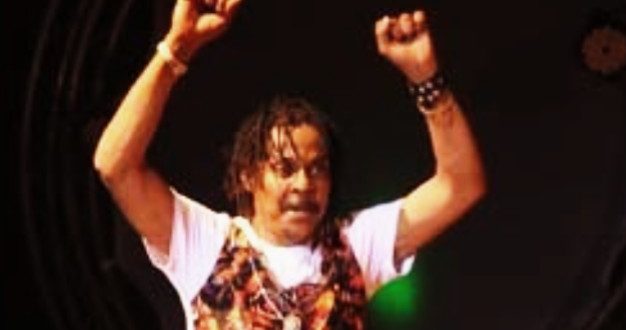 Majek Fashek on stage during the heydays

RAIN OF TRIBUTES FOR “THE RAIN MAKER”

‘’The clouds look misty and cloudy; it looks like the rain going to fall today’’, those were the opening verse for the song that ushered Majekodunmi Fasheke fondly called ‘Majek Fashek’ into the realms of prominence and popularity.

For many who were alive during the mid-80s era when this Ijesha-born maestro serenaded the airwaves with his magical number ‘’Send Down the Rain’’, the evergreen remains an invocation of some sorts.

It was reportedly confirmed the ‘’Rain tune’’ indeed caused a downpour. Majek Fashek was the young man who waved the magical wand via the shrill of his voice – down came the rain – from the misty clouds.

In the course of his illustrious career as a musician, band leader, composer, human rights activist, the ‘’mystical’’ Majek Fashek caused thunderstorms with his musical ingenuity. He possessed a stage command that remains till date unparalled.

As a reggae artiste, he was one of the earliest type that popularized the not-so-popular musical genre at the time. Before long, the international spotlight beamed on him when he did an incredible cover of Bob Marley’s Redemption Song.

In the rendition of his own version of the iconic song, Majek Fashek introduced African beats that made the hitherto gloomy songs – danceable, and still maintained its core elements.

At the onset of his career, the media had no better pseudonym for the late Majek Fashek than the ‘’Rain Maker’’. His musical oeuvre, a deluge of soulful rendition that entreated the vast listenership with unforgettable experience.

Collections such as “Holy Spirit”, “Our Father”, “Let Righteousness Fill the Earth” among others were no less episcopal compositions that reminded all of divinity. It is true to say that Majek Fashek was more than a musician, he was a Prophet.

When the news of his demise broke out on Tuesday, June 2, 2020, there was a familiar rumbling in the laddened skies, and down came the rains for more than three hours. What a way for an anointed one to leave the sinful world: encomiums kept flowing from every corners of the world, thoughts about the legend edging the headlines – Majek Fashek this, Majek Fashek that. Prominently, the rains drummed his tributes louder- alas! the harbinger of the rains has breathed his last.

In a condolence message, the President of CMC Gladiators noted: ‘’The world of music has lost an icon, a messenger of peace and a pacesetter. Up till now, I am still left in a state of disbelief.

“In his lifetime, Majek Fashek was a man that I admired his charisma – both on and off the stage. He was full of life and expressed this infectious nature to all around him. Majek and I shared a bond of friendship. I have lost a close friend and brother. I pray for the repose of his soul. Rest in perfect peace, the musical legend’’.

Tags RAIN OF TRIBUTES FOR "THE RAIN MAKER"#