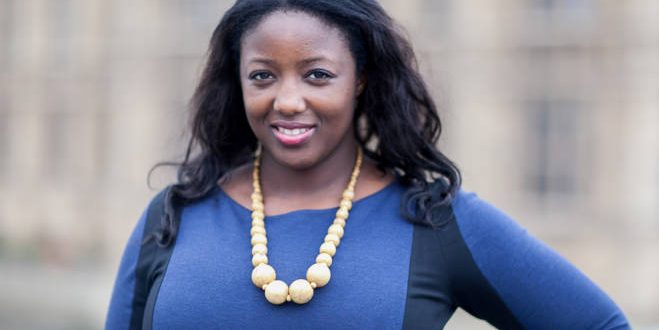 Nigeria’s Anne-Marie Imafidon was decorated by Her Majesty, Queen Elizabeth II with the prestigious honour of Member of the Order of the British Empire on May 19.
Anne-Marie, whose father, Chris, an Edo State indigene, was honoured for her services to young women with the speciality in Sciences, Technology, Engineering and Mathematics.
An MBE is an award given by the Queen to an individual for outstanding service to the community or local hands-on service.
Part of her contributions include founding Stemettes, a social enterprise which inspires the next generation of women into pursuing careers in STEM in 2013.
The enterprise which has attracted over 7000 young women from across the UK, Ireland and Europe has the objective to break barriers women who pursue a career in the field face.
Stemettes which also grants awards to young women has programs workshops and events designed to introduce young women to STEM careers, concepts, and role models.
Anne-Marie holds the record of being the youngest girl to ever pass two GCSE examinations for Mathematics and Information Technology and A-level computing at the age of 11 in Britain.
Due to her high exceptional brilliance, she received a British Scholarship to study Mathematics at John Hopkins University at the age of 13 in 2003.
At 15, in 2005, she started a degree program at the University of Oxford.
At 17, she started a master’s degree at Oxford University graduating at 19 in June 2010.
Imafidon who became the youngest ever graduate with a master’s degree speaks six languages and has worked with Goldman Sachs, Hewlett-Packard, Deutsche Bank, and Lehman Brothers.
She is the older of the Imafidon children who have been dubbed ‘the smartest family in Britain’ as her younger siblings have equally broken records in Mathematics and Sports.
Imafidon’s rather unique achievements at a young age have stood her out as a person to watch out for by the British press.
She was named on Evening Standard’s list of ’25 under 25s’ and a Guardian ‘Top 10 women in tech you need to know’.
She was also the UK IT Industry & British Computer Society’s Young IT Professional of the Year in 2013.
Imafidon will be honoured alongside three other Nigerians including Chris Ofili, an artist who gets a CBE for his services to arts.
Elizabeth Nneka Anionwu, a Professor of Nursing, will also get an OBE for her services in nursing and the Mary Seacole statue appeal.
Cadet Colour Sergeant, Jeremiah Oluwatosin Ayotunde, joins the list as he gets an OBE for his services to young people and the community of London.