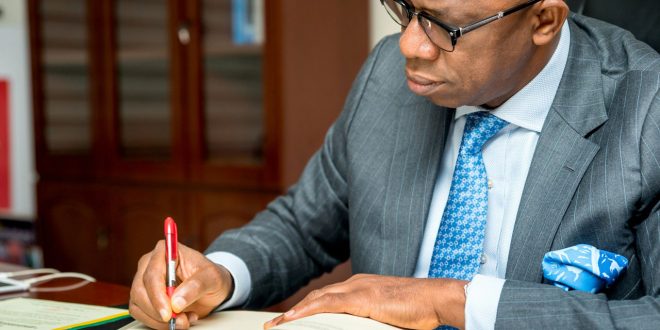 Governor Abiodun, who presented the budget christened ” Budget to Build Our Future Together” during a plenary presided over by the Speaker, Rt. Olakunle Oluomo at the State House of Assembly, Oke-Mosan, Abeokuta, hinted the annual fiscal estimate was targeted at reflecting his administration’s determination to deliver on its electoral promises to the people.

Giving the breakdown of the budget, the Governor explained that  N180.842 billion (39.69%) was set aside for recurrent expenditure, salaries and allowances, N83.238 billion,  pension and gratuities, representing 18% of total expenditure, N25.94 billion with the balance of N71.659 billion resulting in 16% of the total budget earmarked for overhead cost.

Governor Abiodun noted that government would formulate policy thrust for the holistic actualization of the budget towards localising the Sustainable Development Goals (SDGs) through the public- private partnership initiatives.

According to the Governor, full automation of the State Finance functions, strict adherence to the proposed fiscal responsibility law among others are action plans to be put in place to actualise the goal.

Earlier in his welcome address, Oluomo, remarked that the 2020 budget presentation by the Governor was a constitutional requirement for all elected Governors in line with Sections 121 of the Constitution of the Federal Republic of Nigeria, aimed at giving residents of the State an insight into the lofty dreams of the present administration.

Oluomo posited that the strides and solid foundations laid in all sectors of the State economy since inception of the present administration was a pointer to the massive growth and development that the residents of the State would witness under the Abiodun’s administration.

Oluomo, assured of continued robust relationship among the legislature and other arms of government through the enactment of more people oriented legislations, said the Assembly would keep to its age-long tradition by giving necessary attention to the budget proposal within the time frame.

The Speaker stressed that the occasion was a testimony that the present administration prioritized the welfare and economic independence of the people, who deserved an innovative leadership in government, fearless judiciary, vibrant and articulate legislature, promising that the State would not rest on her oars.