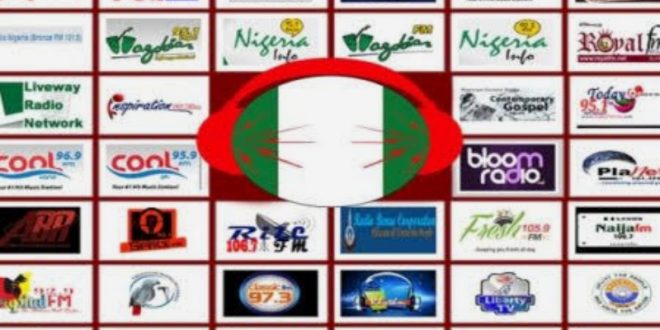 PROLIFERATION OF RADIO STATIONS: SOCIAL IMPACTS AND THE NEED FOR REDEDICATION

Idowu Hamed February 14, 2021 NEWS, OPINION Comments Off on PROLIFERATION OF RADIO STATIONS: SOCIAL IMPACTS AND THE NEED FOR REDEDICATION 39 Views

Among all channels of mass communication, radio holds a unique characteristic compared with other media classes. This is especially because of its flexibility, affordability, availability, and its ability to reach the concentration of the literate and illiterate majority living in both urban and rural peripherals of the country. What the above portends is that the nature of radio broadcast has allowed it to create nexus with the social system of the people in the society of its operation.

It is not surprising that ten out of the seventeen of these stations are hosted within Abeokuta the State Capital and six of them were birthed within the last five years. The puzzle therefore is how Abeokuta became the destination of choice for commercial radio enterprise. No doubt, proliferation of mass media in any society is a hallmark of civilization and expansion; it is also an indication of commercial buoyancy, since no city of less economic strength can guarantee profits and prosperity for multiple media such as we have in Abeokuta.

However, the ripple effects of media presence, messages and operation should be of greater concern to development agents than talking about why and how media proliferate in a particular area. And indeed, such identified impact is the central theme that motivated the current assessment especially as we celebrate the World Radio Day.

It is time we reassess the radio phenomenon to ensure its output is harmonious with our social development agenda. Casting a searching look backwards- how has radio performed over the years; taking a long look ahead- what is the prospects of radio broadcast as tool for social and cultural re-engineering; a deep look within- can radio broadcast professionals say ‘we have done my part well’, our conscience is clear?; and taking a wide look around- we can question the impacts of radio messages every seconds of the day, on the people who trust and listen to radio for education and information; is it much of positive and progressive or negative and retrogressive, especially, in this era when our society is heavily populated with the teeming digitally-oriented youths. How is radio broadcast impacting the youths?

As expected, and with all sincerity, there are numerous records of the influence of radio on the audience in relation with awareness creation, orientation, attitudinal change, education, mobilization, persuasion, surveillance and warning. From the far-right academics to the so- candid and pragmatic professionals, there are enough eulogies for radio performance in social stability.

And true to this- radio stands out as an effective mass medium of education, acting as a classroom in the public sphere, beating all boundary barriers, and dosing out educational programmes and expanding the knowledge frontiers of the audience especially the youths. This means that the young audience learns through educational programmes how to accomplish some technical tasks as being thought in the academic environment.

In religion, to a large extent, religious motivational programmes on radio appeal to the conscience of the young audience through their spiritual psychology, social values, ethics and scriptural ordinances. Culturally, radio is a “cultural instrument that shapes the cultural experience of many people in the modern world. Radio through indigenous broadcast preserves our cultural ethics and contributes a great deal to development.

Politically, the characteristics of radio discussion programmes echo the principles behind political theories of deliberative democracy where citizens voluntarily and freely participate in discussions of public issues, share information about public affairs, talk about politics, form opinions and participate in political processes. No doubt, programmes such as this, draws even the most latent individual into listening and participating in issues of public importance.

In terms of public health, radio broadcast has a measurable impact. It has been instrumental in conveying birth control information in local languages, strengthening community values and sense of belonging. It has given a very sensational coverage against child abuse and domestic violence, encouraging deep concern for victims, and making the public sensitive to the actual risk.

In its surveillance function, radio broadcast has helped minimize flood damages. In the context of flood management, radio occupies an intermediate position between decision-makers and the population, a position that confers upon it the essential but delicate responsibility of bridging and linking the leaders and the led.

Though radio has truly been a major communication tool for improving the quality of people’s lives, bringing to their doorstep news, entertainment, and education through its programmes, there is an urgent need to call for a rededication towards the national project.

This is in view of the recent hyper-dramatic and theatricalization of broadcast contents. Many radio stations seem to be fixing every social issue in the frame of entertainment, in order that they may please the listeners and retain them. Though, it is important to entertain the audience while educating them at the same time, when such goes out of the window, what is left is a cheer ridiculing of everything the mass media stands for.

By focusing too much on entertainment needs of the audience, it is easy to deviate from the main goal which is to educate and mobilize people for social development; and by that we would be moving from the profound to the profane. It is a common hearing on radio today- certain unusual adlibbing during news review especially in local language, streets talks and normalization of in news review. This reflects poorly on our image as a public educator and cultural archive.

It also raises the question of whether radio broadcast is the one setting the agenda on trivial talks and slangs, or it is only helping to normalize and spread to the entire society what was only found and heard among a small category of the society. As a kind of fallout from the immoderate subscription to entertainment content was also westernization or what some people called “deculturalization”. This happens through uncontrolled appetite for foreign music and local hip hops.

It is time to remind broadcast professionals and producers the need to reintroduce music of indigenous flavours, not necessarily to appeal to adult listeners but to remold the minds of the young ones in native intelligence, long-held morals of integrity, diligence and love. This will help reset the social system and impact cultural consciousness in the young ones rather than continuous consumption of western mode entertainment.

As we celebrate The World Radio Day, it is also time to recalibrate, to reflect on the great intentions of people like Late Chief Obafemi Awolowo who established radio and TV broadcasting to advance human knowledge and skills. Though it is important to make money in this era of commercialization- we all can feel the financial pressure- but it must never jeopardize our noble cause, neither should it kill our spirit of social responsibility.

PROLIFERATION OF RADIO STATIONS: SOCIAL IMPACTS AND THE NEED FOR REDEDICATION# 2021-02-14
Idowu Hamed

Tags PROLIFERATION OF RADIO STATIONS: SOCIAL IMPACTS AND THE NEED FOR REDEDICATION#