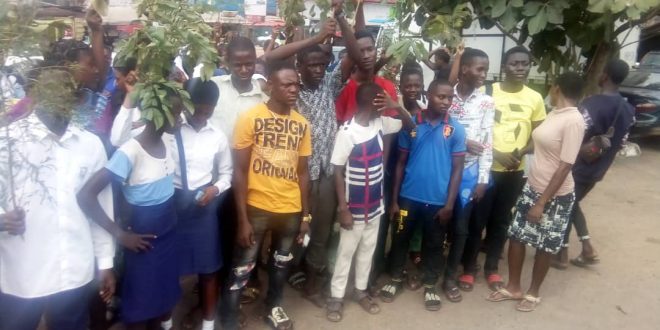 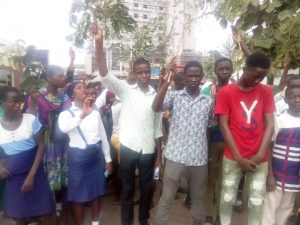 Over 200 prospective candidates of the Joint Admission and Matriculation Board (JAMB) have protested the delay in obtaining the National Identification Number (NIN).

JAMB had on Tuesday, October 22, 2019, said that the NIN was now a prerequisite for all potential candidates of the 2020 Unified Tertiary Matriculation Examination.

The board explained that proper arrangements had been made to ensure that the registration exercise was successful.

But the students who stormed the Secretariat of the Nigeria Union of Journalists (NUJ) Abeokuta, the state capital on Wednesday, October 30, 2019, complained that staff of the NIMC refused to attend to them due to poor power supply.

They appealed to the federal government to abolish the policy if the problem would persist, lamenting that they would be deprived of right to obtain form for the UTME if they fail to obtain the NIN.

One of the students, most of whom were teenagers, Ewetade Gbolawon who spoke to journalists on behalf of the protesters explained that the situation was worrisome as most of them have been visiting NIMC center since last week without result.

“We have been coming since last week and what they keep telling us is that there is no fuel in their generator. Now we don’t know what to do. I have been here since 5:am. They complained that government did not supply fund for them to generate power.”

He added that, “Without this NIN number we cannot do anything. The government should remove the NIN as the requirements if they cannot provide power to make the process of obtaining the card easy.”

Another candidate also said, “I came from Lagos to Abeokuta because the same problem is what we are facing in Lagos. The issue is that there is no power supply and the queue is always much, so I learnt that the process is easy here in Abeokuta that is why I came.”

“When I came here they told us that there was no light and there was no fuel to power their generator. They should have something to fall back on whenever there is no power. JAMB needs the number for us to obtain our form. Something must be done.”

Efforts to reach the management of the NIMC for their side of the story proved abortive as several phone calls put across to them were not responded to.