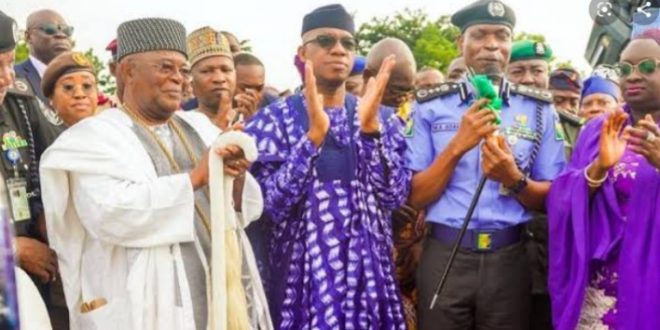 Police Vehicles, Equipment Not For Private Use – IGP Warns 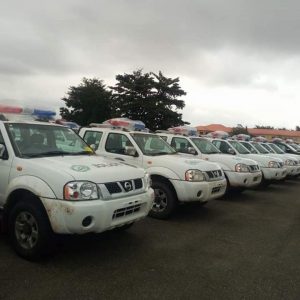 ABEOKUTA: The Inspector General of Police (IGP), Muhammad Adamu on Friday September 7, 2019 warned policemen in Ogun State not to convert the newly purchased patrol vehicles by the state Government into a private use.

The IGP who charged the officers to use the vehicles and motorcycles for the purpose they were meant for gave this warning during the official distribution of 100 security vehicles and 200 motorcycles provided for the police by the state government for effective operation.

The distribution ceremony which took place at the Arcade ground, Governor’s office, Oke-Mosan, Abeokuta, the State capital had scores of police including other security operatives in attendance.

IGP Adamu also charged other governors across the country to emulate the gesture of the Ogun state governor, Prince Dapo Abiodun so as to help in reducing crimes in their respective states.

His words, “What is happening here today is a demonstration of the zeal to fight crime in Ogun state and the donation is a message to other state governors.

“All the state governors have promised to buy vehicles for security agencies in their various states and we are in Ogun state where we have seen the reality of it.

“The governor has bought 100 vehicles and almost 200 motorcycles for the security agency and we are using this medium to call on other state governors within the zone to emulate what the governor of Ogun state has done.

“What he has done is to encourage the security agencies in the state to do more to what they have been doing”.

While addressing earlier, top officers and men of the Ogun state police command in Abeokuta, the IGP disclosed that the federal government would soon embark on the training of indigenes within different communities in the country and deploy them to work as officers in those communities to fight insecurity in the country.

Adamu said the decision to train the locals who are familiars with the terrain of their environment was to improve the community policing in order to achieve zero-crime rate across the country. 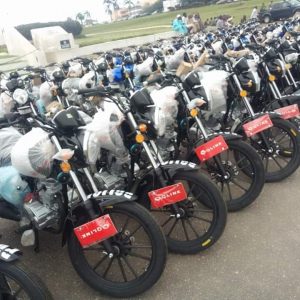 He added, “Policing is the responsibility of everybody and members of the public constitutionally are expected to participate in policing.
“In each community, we want to choose some people and would be trained by police and become a community police. They will be deployed to that community they are familiar with and they will enjoy all privileges of police officers.

“We want to have all officers that are indigenes and familiar with the terrain to make community policing effective”.

In his remarks, Governor Abiodun said the vehicles and motorcycles were bought to complement and encourage the police command in the state to do more.

“This new and reinvigorated Security Trust Fund will be responsible for sourcing and efficiently deploying the resources towards achieving a safe and secure environment.

“The committee is made up of a crop of experienced, renowned and committed individuals who represent diverse interests and stakeholders to serve as Trustees of the Fund.

“I enjoin all our people and especially the private sector to support the Security Trust Fund.

“Just as I commend all the security agencies and their officers in Ogun State for their commitment and dedication, I also call on all of you that you cannot afford to drop the ball.

“You must also realize that just as we are strengthening the security apparatus, these unscrupulous people are also re-strategising.

Tags Equipment Not For Private Use - IGP Warns# Police Vehicles