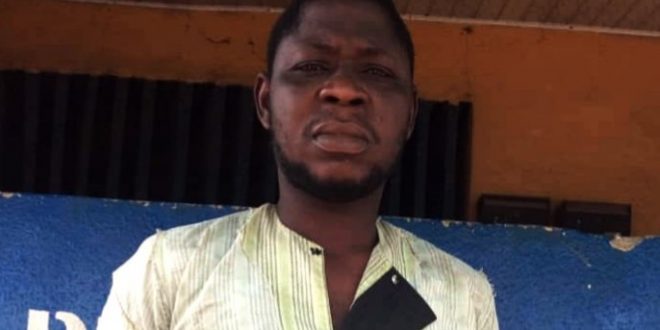 By Raymond Osho
Police in Ogun State have arrested a 30-year-old man, Olawoyin Segun for allegedly raping a 16-year-old girl (name not mentioned). 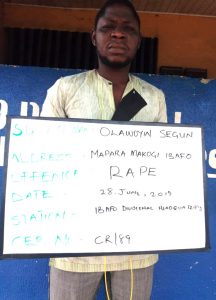 A statement by the Command’s spokesman, Abimbola Oyeyemi in Abeokuta, the State capital on Monday July 1, 2019 indicated that the arrest of the suspect followed a report by the victim who reported at Ibafo police station that the suspect who is a friend of the victim’s family came to their house on the fateful day at about 1:30 pm asking for her parents.

Oyeyemi added that, at the time the suspect called, the victim’s parents had gone to church “And he (suspect)used the opportunity to forcefully have his way”.

He continued “On interrogation, the suspect who confessed that he had been a friend to the family of the victim claimed not to know what came over him that made him to do such thing to the girl who always sees him as her brother”

The statement stressed that the Commissioner of Police, Bashir Makama has ordered the transfer of the suspect to the anti-human trafficking and child labour unit of the State Criminal Investigation and Intelligence Department “for proper investigation and prosecution”.