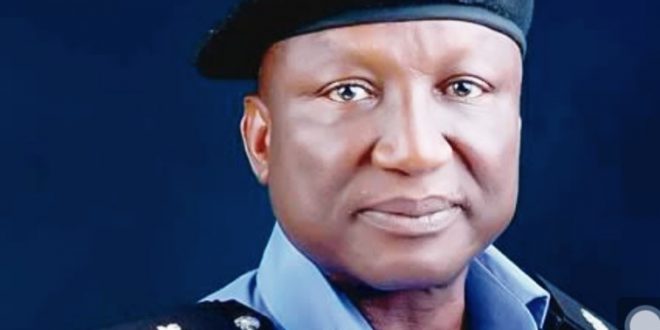 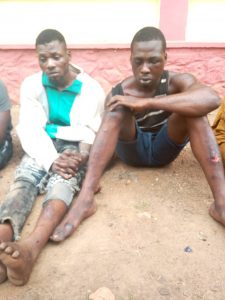 Both Ogunleye and Fadimu were said to have stormed the hostels of the students, robbed them and subsequently raped them.

The suspects were among14 other criminals paraded by the Command’s Spokesman, Abimbola Oyeyemi on Thursday July 25, 2019 at the Police Headquarters, Eleweran, Abeokuta, the State capital.

Their criminal acts ranged from car snatching, motorcycle snatching, arms robbery and cultism among others.

Oyeyemi said Ogunleye and Fadimu spread grounded pepper in the eyes of their victim before they snatched the motorcycle.

Oyeyemi said the suspects would ask a bike rider to take them to a particular area well known to them, but when they got to a narrow road they would trick the rider to stop his bike and then pour the pepper on his face and rob him of his motorcycle.

He said, “Some of them who are specialists in  snatching motorcycle from the rider and using grounded pepper will pretend to be a passenger and stop anybody who is riding a nice motorcycle, and when they got to an isolated place they will sprinkle the pepper on their eyes from there they will be able to disposes from the owner”

“We are able to apprehend some criminals about a couple of weeks ago, those criminal apprehended ranged from cultists armed robbers, rapists well as those who are dealing on illicit drugs and other hideous crime”

“In fact we have about14 of them. We have some of them who robbed the student of ICT Polytechnic, Sapade. After robbing the students they still forcefully had carnal knowledge of them the two of them have been apprehended and are at the custody of the police,” he added.

But the two suspects who spoke to Journalists however denied the allegation against them by the police, saying that they were robbers who specialized in motorcycle snatching.

While confessing their crime to journalists, one of the suspects, Ogunleye confessed that they were not rapists, but were fond of snatching motorcycle from their owners.