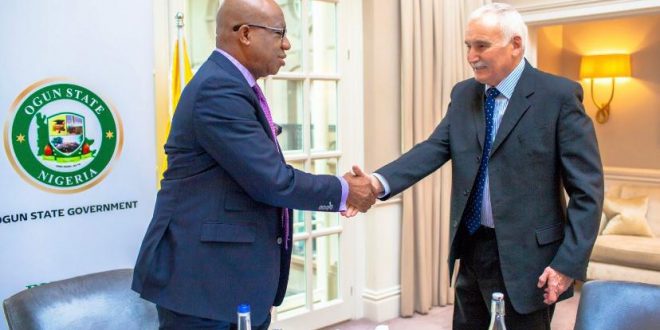 Perry Engineering To Partner With Ogun On Infrastructural Development 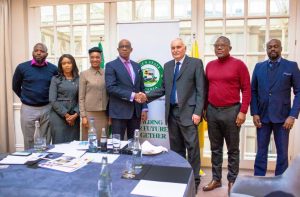 LONDON: In continuation of his drive to pull investments into Ogun State, the Ogun State Governor, Prince Dapo Abiodun on Friday, January 24, 2020 had a meeting with Perry Engineering Company Inc. in London.

According to a press release e-signed and made availabile to StarTrend Int’l magazine & www.startrendinternational.com by S.F. Ojo, SA Media to the Governor, Perry Engineering, a company dealing in engineering project management, intends to partner with the State on the massive infrastructural development projects the administration already started.

According to the Governor, these projects already started include the construction of roads in Otta, Sagamu, Abeokuta, Ijebu-Ode and other towns across the State.

However, as the administration has outlined, there are numerous other infrastructure projects that are set to run under the partnership.

Tags Perry Engineering To Partner With Ogun On Infrastructural Development#