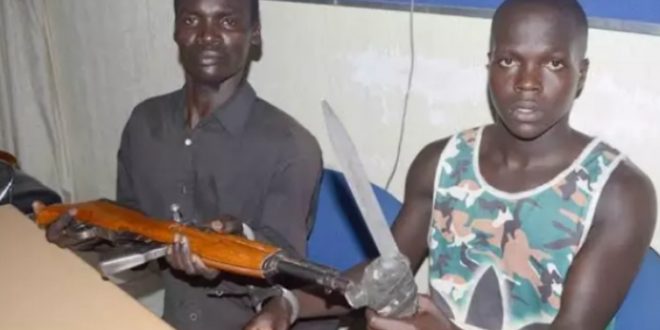 CALABAR: Pastor Richard Daniel, General Overseer of the The Light And Faith Gospel Mission, Calabar, Cross River State, has been arrested recently after being indicted by two suspects who claimed they are members of his church.

During their arrests by the men of the police force at Odukpani junction, they confessed to their crime by indicting the pastor. They said they are ushers in the Light Gospel and Faith Mission, and they have information of every rich member that visits the church through their membership card usually given to new members to fill in their details.

According to the suspects, after church’s service, they will send the names and the forms filled by the new visited members to their pastor who would now fix a date for their deeds. They said that they only rob the rich ones.

They disclosed further that membership forms which they give their new members have columns for occupation, home address, location and the names of family members.

Through this membership form, they will use it to trace the location of their victims and rob them. As they were further interrogated, they disclosed that they have succeeded to rob about 16 new members so far and were just unlucky to get arrested for the first time.

It was gathered that, the police had information of a vehicle used by arm robbers which was approaching Calabar, the men of the police mounted a road block and discovered guns and knives from them after tedious agitation and denial from them.

The pastor was later arrested on his way to church, as the Police declared that they would all face serious charges pertaining to their deeds.

Pastor Richard however denied the allegation, but admitted that he knows the robbers only as members.