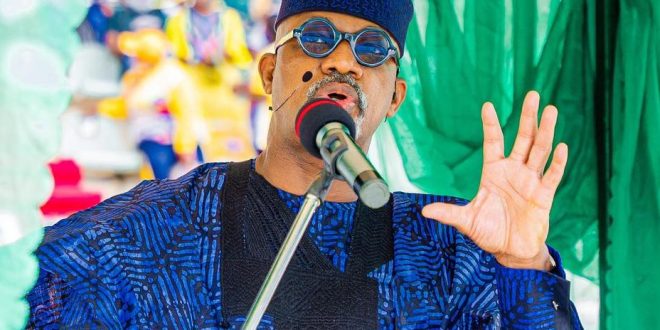 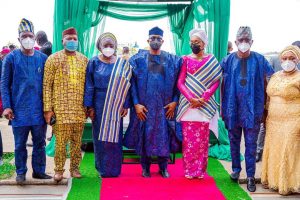 ABEOKUTA – The Executive Governor of Ogun State, Prince Dapo Abiodun, has called on the people to get actively involved in peaceful elections across the three tiers of government, and in other democratic processes.

In his Democracy Day address delivered on Saturday, June 12, 2021, at the Moshood Abiola Stadium, Kuto, Abeokuta, the Governor who mentioned that the upcoming election showed that his Administration was not in for monopoly of power in the State, called on the people of the State to get themselves registered and vote actively in the elections.

He also urged the people of the State to celebrate peacefully, shunning violence and other acts that may be hijacked and escalated by hoodlums waiting to wreak havoc. 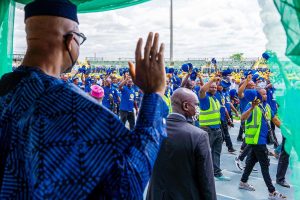 The Governor, who was referring to 2019’s and the recent donations of the Ogun State Government under his Administration to the Ogun State Command of the Nigeria Police restated the dedication of his Government to the establishment of peace and security of lives and property within the State.

He called on everyone to remember the distaste for violence of the late Chief M.K.O Abiola, GCFR who is the true symbol of June 12.

Abiodun urged that in honour of the late sage, celebrations should rather be peaceful than violent. 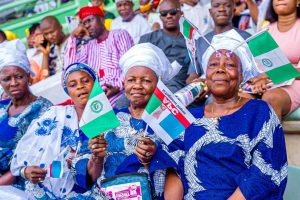 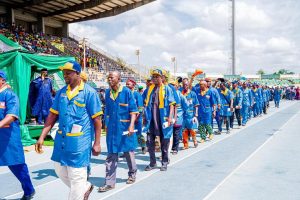 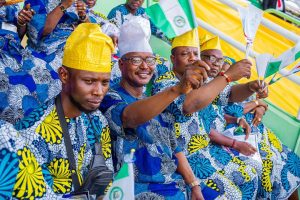 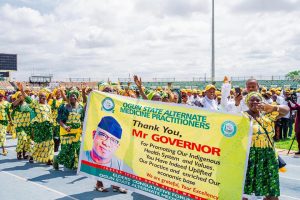