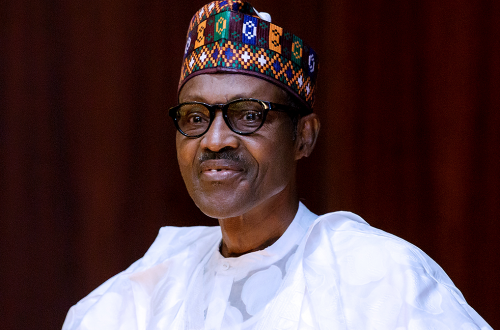 Paris Club Refund: Why Top Officials Clash Over Buhari’s Directive On Payment Of $350m To Consultants

StarTrend May 14, 2019 NEWS Comments Off on Paris Club Refund: Why Top Officials Clash Over Buhari’s Directive On Payment Of $350m To Consultants 13 Views

The refusal of the Office of the Accountant General of the Federation (AGF) to honour directive by President Muhammadu Buhari to pay final claims relating to the Paris Club refund to all the people and bodies involved in it has set key government officials against one another.

It was gathered that although the Minister of Justice and Attorney General of the Federation (AGF), Abubakar Malami, as well as former Minister of Finance, Mrs Kemi Adeosun had advised the Accountant General of Federation, Ahmed Idris, to comply with the president’s directive, the AGF has remained adamant.

Idris refusal, it was gathered, was hinged on the counter directive given, verbally, to him by the Chairman of Nigerian Governors Forum (NGF) and Governor of Zamfara State, Abdulaziz Yari. The NGF Chairman was said to have directed that funds meant for consultancy/legal fees, estimated at about $350 million, be withheld. In a letter dated June 28, 2018, the Chief of Staff to the President, Abba Kyari, had, claimed President Muhammadu Buhari approved the settlement of all claims related to the Paris Club loan reimbursement. Kyari’s letter, which sought the legal opinion of Malami on the issue, copied the minister of finance.

In his response, through a letter dated August 11, 2018, the AGF identified some third party claimants, who were entitled to be paid various amounts as consultancy/legal fees for the services they rendered to states and local governments in relation to the Paris Club refund.

In the letter titled, “Legal opinion on third party claims,” he identified one of the consultants as Ned Munir Nwoko, who sued the NGF and seven others in suit: FHC/ABJ/CS/148/2017 and claimed that he was engaged by NGF to provide legal/consultancy services on the Paris Club refund.

The AGF said parties to the suit, including Nwoko and the NGF, entered a consent judgment on May 9, 2017, “to the effect that Nwoko is entitled to be paid a negotiated percentage on every refund made by the federal government to the states.”

He said: “Ned Munir Nwodo, covered under paragraph five of my letter dated July 11, 2018, has stated that, in view of the unwillingness of the NGF to negotiate and pay him his full entitlement in line with the consent judgment, he is reverting to his initial claim of $71,936,881.36.

“The EFCC investigation report, dated August 1, 2018, equally confirmed that the judgment creditor (Nwoko) was engaged by 14 states to recover excess deduction with respect to the Paris and London Club debts.”

Malami cautioned that since the consultants and other third party claimants have obtained garnishee orders against the Federal Government and the Central Bank of Nigeria (CBN), the federal government was under obligation to settle these third party creditors before making disbursement to the states and local governments.

He said: “I wish to reiterate the fact that the payments under consideration are to be made before final payments are made to the state’s and local governments, to avoid a situation where the federal government will be forced to bear any unwarranted liability on this subject matter.”

Based on Malami’s advice, then Minister of Finance, Adeosun, in a letter dated September 14, 2018, asked the CBN Governor, Godwin Emefiele, to set aside the consultants’ fees, estimated at $350 million from the $2,689,279,365 reserved as the final claim to the states and local governments under the Paris loan refund arrangement.

Part of the letter by Mrs Adeosun reads: “Please find attached, herewith, the approval of His Excellency, President Muhammadu Buhari, dated August 29, 2018, in respect of the final claim on Paris Club loan reimbursement of over-deductions from allocations of states and local governments.

“I, specifically, refer you to paragraph six, which authorised that the final claim of $2,689,279,365 be paid to qualified states, and paragraph 10(x), which recommended that $350 milion be provided for settling legal/consultancy fees, etc. In view of the above, you are requested to credit Escrow Account domiciled with the CBN with $350 million,” Mrs. Adeosun said.The directive of the Adeosun was acknowledged by Emefiele, in a letter dated September 18, 2018.

The CBN governor demanded, among others, information on the accounts to which the funds should be paid.

But, there was a new twist in the directive as the AGF, Idris, in a letter dated September 21, sent to explain the delay in carrying out the directive of President Buhari on the payment of the claims.

Previous Two-Term Tenure: I Am At Peace With My Creator, Says Amosun
Next FG Abolishes Dichotomy Between Bachelor’s Degree & HND