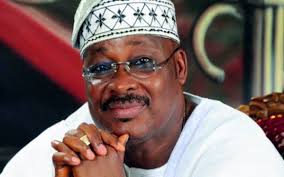 The Oyo State Government has declared a three day of mourning for Adeyemo from Monday, April 30 to Wednesday, May 2, 2018 with the state governor, Senator Abiola Ajimobi directing that flags be flown at half mast during the period.

Ajimobi, who was on official assignment outside the state, had to rush down to Ibadan when the news was broken to him, and headed straight to the Anatomy Department of the University of Ibadan where the late Speaker’s remains were kept.

The governor described the death as a tragic loss for him and the people of the state. He said: “I received the news of the untimely passage of my brother, friend and dependable political ally, with grief and utter shock, this morning (Friday).

The Oyo State House of Assembly and the state secretariat were thrown into mourning mood with the news of the death of the Speaker of the Assembly, Hon. Michael Adeyemo, in the early morning of Friday April 27, 2018. 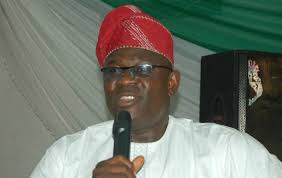 It was scooped that Adeyemo was confirmed to have succumbed to heart attack at the end of an autopsy conducted on his remains at the Anatomy Department, University of Ibadan.

Medical experts that carried out the autopsy were said to have been led in the exercise by the Commissioner for Health in the state, Dr. Azeez Adeduntan, who is a cardiovascular surgeon.

It was also learnt that Adeyemo reportedly drove himself from his office at the Oyo State House of Assembly Complex,  Agodi, Ibadan to his official lodge at Agodi GRA on Thursday April 26, 2018 evening. But on his way, he was said to have felt uncomfortable, which made him to drive to the Jericho Specialist Hospital, Ibadan, where he was said to have been given some drugs after some examinations. He reportedly drove back home and was fine till Friday morning.

Adeyemo, it was gathered spoke with his new wife and children who reside in the United Kingdom, and that they were billed to travel to Nigeria on Friday to spend the weekend with him.

Adeyemo, a lawyer, was elected on the platform of the defunct Action Congress of Nigeria (ACN) to represent Ibarapa East in the state assembly in 2011. Until then, he was an associate at the law chambers of Olijinmi & Akeredolu & Co., Ring Road, Ibadan.

He was re-elected on the platform of the All Progressives Congress (APC) in 2015 after which he was elected the speaker of the Assembly due to rotational consideration among the five zones in the state. He hails from Lanlate, Ibarapa Zone of Oyo State.

The deceased was born to the Adeyemo family of Alaarun Compound, Lanlate, Ibarapa East Local Government Area of Oyo State and he was the first child of the family. 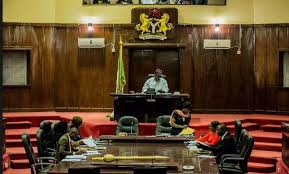 In his first term as lawmaker, he was the Deputy Chief Whip and a member of committees of Fund Allocation, Works and Transport, Agriculture, Trade and Investment as well as Appropriation and Public Finance.

He was a member of the Nigerian Bar Association (NBA) and International Bar Association (IBA) and served in the Executive Committee as an auditor and Assistant Secretary of NBA, Ibadan branch.

Until his death, Adeyemo was a Master’s student at the Faculty of Law of the University of Ibadan.