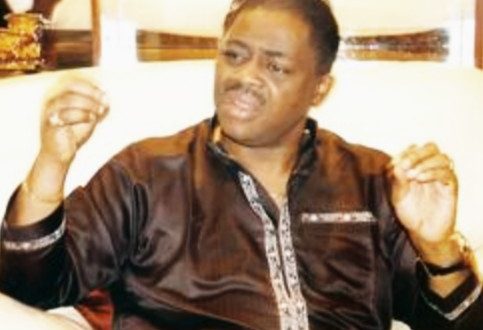 It was scooped that some selected journalists had received a closed invitation to attend the planned event at 11am on Monday August 31, 2020, but the leadership of the state council of the Nigeria Union of Journalists (NUJ), told journalists to boycott the event.

The Chairman of the NUJ in the state, Demola Babalola, made the announcement on Fresh 105.9 FM Ibadan in the morning of Monday, August 31, 2020, saying no journalist should attend any media parley with the former Minister of Aviation in solidarity with the profession which was recently debased by FFK.

It should be recalled that situation in Ibadan comes on the heel of the recent FFK’s violent and insulting outburst against Daily Trust’s Charles Eyo at a similar media parley in Calabar, Cross River State.

Also, journalists in Akwa Ibom State had shunned a planned press conference in solidarity with their colleagues in Cross River State.

Having tendered an apology for his outburst, journalists across the Nation still regard the Calabar episode as a deliberate attack on free press and that FFK’s apology, was an after thought which was aimed at ensuring full completion of his tour of some states, a tour many believe is politically motivated.