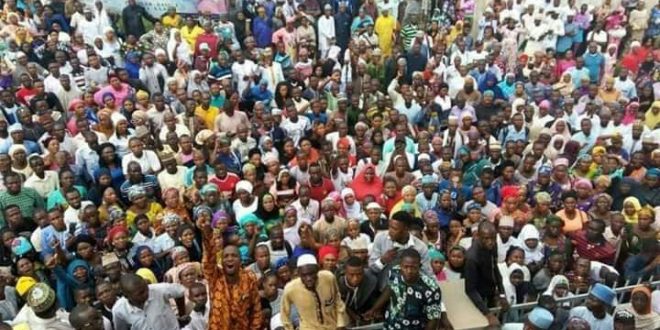 OVER 4,000 KWARA STATE CIVIL SERVANTS EMBARK ON PROTEST OVER ALLEGED STOPPAGE OF THEIR SALARIES

Idowu Hamed June 6, 2019 HEADLINE, NEWS Comments Off on OVER 4,000 KWARA STATE CIVIL SERVANTS EMBARK ON PROTEST OVER ALLEGED STOPPAGE OF THEIR SALARIES 64 Views

Information coming from Kwara state indicates that over 4,000 Kwara Civil Servants across the parastatal embarked on a protest, in the front of Government House, GRA, Ilorin, early hours of today.

According to the insiders, the protest was against the decision of the new Governor Abdulrasaq who is alleged of planing to stop the workers salaries.

As at the time of filling in this report all efforts to reach the Kwara State government proved abortive.