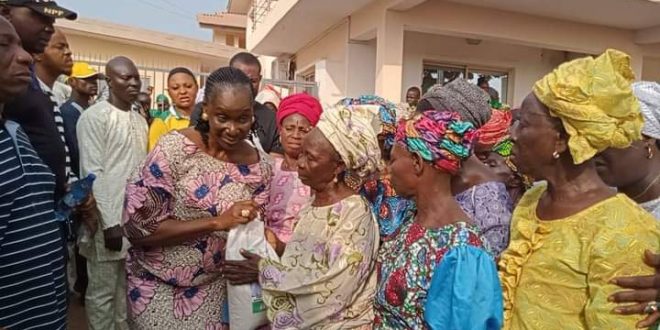 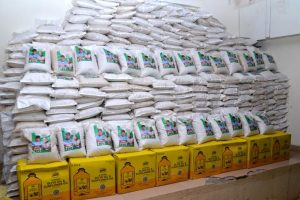 IJEBU NORTH – A large crowd of young and old people thronged the residence of the Secretary to the Ogun State Government in Oru-Ijebu, Ijebu-North Local Government Area of the State  to get their own portion of the piles of food materials and other consumables made available by the SSG.

Wife of the SSG, Mrs. Aderinola Talabi who distributed the largess which includes bags of rice and beef on behalf of her husband, said the gesture was intended to put smiles on the faces of the people as well as to give back to their roots.

Talabi said “though we have been reaching out to our people at regular intervals to ensure our people at the grassroots feel the impact of governance and their people in government for all-inclusiveness. 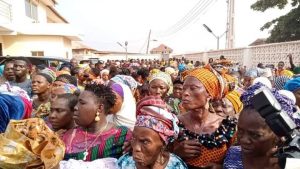 She said “we have been doing this for quite sometime now as a way of redeeming our pledge to give our people a sense of belonging and identify with them during the festive period especially to support them in the face of the economic challenges confronting the nation.

Mrs. Abike Ajao and Mr. Alamutu Adetunji who spoke on behalf of the beneficiaries expressed their gratitude to the SSG and his wife for bringing the dividends of democracy closer to the people at grassroots saying “more often than not we have always suffer neglect in the hands of our leaders who forget us as soon as them assume elevated positions but the Talabis have shown true commitment to their people and humanity”.