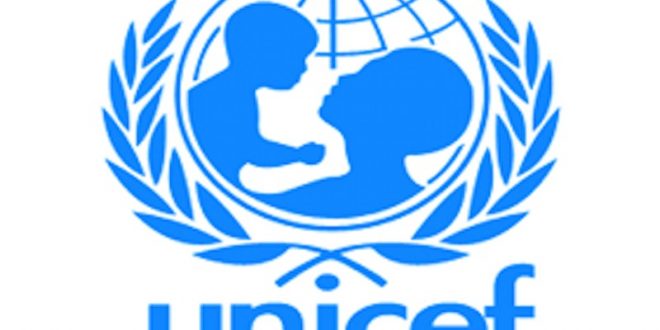 BY ISMAIL USMAN
The United Nations International Children Emergency Fund (UNICEF) has declared Osun the leading state in the provision of Social Protection programmes, commending Governor Rauf Aregbesola for his commitment to social, educational and economic development of the state.
Nigeria’s representative of UNICEF, Mr. Mohammed Fall said the various social security programmes of the Aregbesola’s administration have attracted the attention of the world because of its impact at eliminating poverty.
Fall who spoke at the launching of ‘Osun Social Protection Policy and Law’ by Aregbesola recently, disclosed that ‘Osun has become a leading state in the provision of social protection programmes in the entire country, hence the interest of UNICEF in supporting the state in the funding of the programmes.’
The Osun Social Protection Policy and Law makes it compulsory for every government in the state to implement social protection programmes for the people.
Represented by Mr. Andrew Buffon at the event, Fall explained that Osun is always presented as an example to the world whenever the issue of social protection in Africa is being discussed, advising that all efforts must be made to lift poor families out of poverty line for the good all.
He urged government at all levels in Nigeria to take issue of social security serious as a means of reducing crime and other social vices in the society.
Fall said: “I think many governments all around the world needs to take a cue from what Osun is doing as a state in terms trying to bridge the gap between the rich and the poor in the society.
“It is time for governments to begin to take social protection programmes serious, we must try as much as possible to begin to lift poor families out of poverty line and give them a sense of belonging.
“The way Osun is doing is the way to go; Osun is a good example to the world in terms of implementation of social protection programmes. Osun has become a leading state in guarantying social protection which is why UNICEF is always ready to support the state.”
In his address, Aregbesola stated that it has always been his vision to provide happiness for the generality of the people, stressing that it is even more gratifying that he is leaving the law as a legacy.
The policy document was unveiled by the former governor of the state Chief Bisi Akande in company of Aregbesola, governor-elect, Mr. Gboyega Oyetola, General Alani Akinrinade and UNICEF representatives in the country, among others.
Aregbesola who pointed out that the social protection programmes of the administration were mapped out to take care of different forms of vulnerability, explained that his administration gave out more than 4bn as none interest loans to women traders to improve their standard of living.
He said the administration has been focused and resolute to wipe out poverty from Osun through the government’s six point integral action plan which has been the major guide to achieving the set objectives.
According to Aregbesola, “Our style of leadership is not just by accident, it has been my joy since childhood to bring happiness to the generality of the people at the same time.
“Since the beginning of this administration, we have been focused and resolute to terminate poverty in Osun through our six point integral action plan and we rolled out different social intervention programs to take care of different forms of vulnerability in society.
“It is worthy of note that many of our social intervention programmes where targeted at women and children to take care of their needs.
“What we have done with this law is to codify social protection policies into law, it means that whoever emerges as governor in Osun at any point in time has no choice than to implement social protection programmes for the people.
“It is a great thing of joy to me that I am leaving this law as a legacy to the state, with this law vulnerability among women and children in the state will be lessened and an improved life is guaranteed for them in future”. He stated.
Speaking, the Director General, Office of Economic Development and Partnership, Dr Charles Akinola said the implementation of social protection programmes became necessary for the Aregbesola’s administration because of the need to improve the lives of the down trodden in the state.
Akinola who described the Osun social protection programmes as a fight against poverty in the state, said the administration of Aregbesola has always been determined to barnish hunger and poverty in the state. 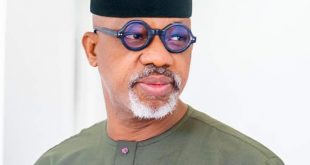 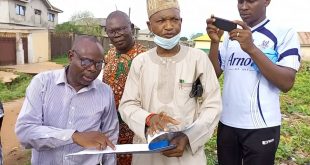 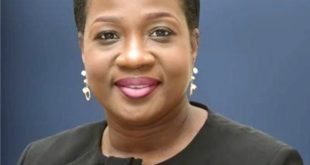