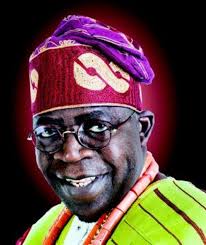 Osinbajo Celebrates Asiwaju Tinubu At 68, Describes Him A Visionary And Transformative Leader

According to a press release e-signed by Yemi Osinbajo, Vice President and made available to StarTrend Int’l magazine & www.startrendinternational.com by Laolu Akande, Senior Special Assistant to the President on Media and Publicity, Office of the Vice President, stated that Tinubu’s exceptional political career and service has inspired millions, saying, “It is true that few leaders have developed as many leaders from the ranks of their protégés as you have done.”

ProfOsinbajo said, “Today, we celebrate Asiwaju Bola Ahmed Tinubu, a visionary, transformative leader and patriot. Your exceptional political career and service has inspired millions. It is true that few leaders have developed as many leaders from the ranks of their protégés as you have done.

“Your incredibly large and generous heart, political astuteness and uncommon intellect have become the stuff of legend.

“Today, but for COVID-19 we would, as we have done in the past twelve years, celebrated this day with the Bola Tinubu Colloquium, where we do what is your greatest passion – proffering answers to developmental questions.  We will by God’s grace, still do this and many more”.

He stated further, “I pray for you sir, that as your days, so shall your strength, wisdom and favour be with God, in Jesus name.
“Happy birthday Asiwaju!”