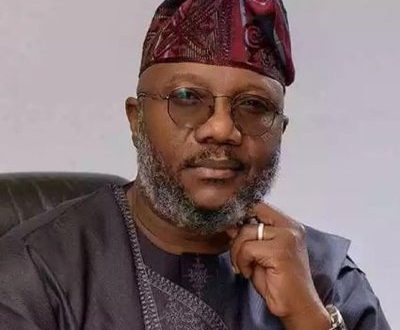 The outcome of Ogun State governorship election symbolises different things in the polity.

Naturally, the camp of the All Progressives Congress (APC), candidate in the poll, Prince Dapo Abiodun, considers it an electoral triumph, but it means the opposite to many.

The popular opinion about it is reminiscent of the path leading to the emergence of Abiodun as the candidate of APC in the polls.

Those, who are not familiar with the road to the declaration of the APC candidate as the winner, may find it astonishing that an exercise that produced a winner with a clear margin is being questioned.

However, the concerns over the poll are well-placed in view of the technical gaps in the result declared by the Independent National Electoral Commission, INEC.

To the commission, the job in Ogun is a finished one, but the result of the exercise means that the governorship race is nothing, but work in progress. And the work must be completed to prevent another round of political crisis in the state.

An analysis of the result which saw Abiodun, defeating his closest rival, Hon. Adekunle Akinlade, raises many credibility questions.

Olayinka, who is the Vice-Chancellor of the University of Ibadan explained that Abiodun beat his closest rival, Hon.. Adekunle Akinlade of the Allied Peoples Movement (APM), who came second with 222, 153 votes.

He said that the candidate of the African Democratic Congress (ADC), came third with 110, 422 votes while the Peoples Democratic Party (PDP) candidate, Sen. Buruji Kashamu who scored 70,290 votes was fourth.

The margin of lead between Abiodun and Akinlade was 19,517 votes, which is more than at 7,100 the cancelled votes. These results, when juxtaposed with INEC conditions for declaration of a winner, suggest that something is gravely wrong about the outcome.

According to INEC guidelines, a winner can only emerge where the margin of victory is higher than rejected votes. In a situation where the reverse is the case, the commission stipulated that the election should be declared inconclusive.

The Commission further clarified its stand thus: ”Inconclusive election is an election where the total number of registered voters in a particular constituency is sufficient to cause a change in the outcome due to the postponement of election or cancellation of result(s).

It may also arise when no candidate meets the criteria for election or threshold to be returned as a winner after the initial ballot.”

Going by these, it is obvious that Ogun polls met all the criteria for an inconclusive election, but INEC acted otherwise.

Why the commission decided to flout its own guidelines in Ogun, after it had declared some inconclusive for similar reasons, is raising more questions.

I am surprised that no one is speaking against this selective supervision of election by INEC when the matter is capable of igniting another round of political crisis in the state.

The irregularity in Ogun, should not be overlooked, but addressed with a view to ensuring that a winner emerges according to the rules of the game. Instead of feigning ignorance of its blunders in Ogun, the commission should heed the voice of wisdom and retrace its steps.

A nation in dire need of electoral reforms should not look the other way and allow INEC perpetuate injustice in the state.

President Muhammadu Buhari, who recently expressed his desire to leave a legacy of credible elections, should prevail on INEC to revisit the Ogun governorship polls.

In fact, Ogun should be used as a litmus test for the President’s vision, if he is truly interested in free and fair elections.

While the declaration of the governorship poll as inconclusive may be too late, INEC should admit its fault at the election petition tribunal to pave the way for a credible exercise in the state.