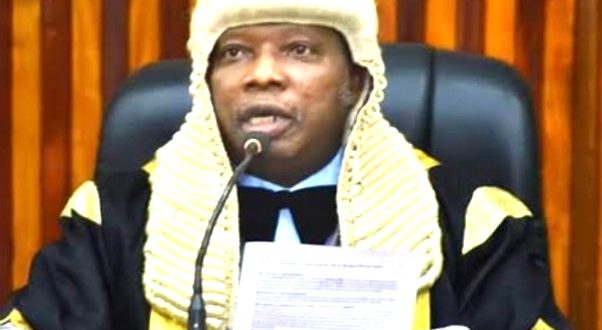 ABEOKUTA – The Ogun State House of Assembly through its Committee on Public Account and Anti-Corruption has asked Barr. Jide Odusolu, the immediate past Managing Director, State Property and Investment Corporations (OPIC), to supply them details of inflow and outflow on the finances and records of the corporations during his tenure, especially in relation to the running of investment aspect of the corporation.

The Committee Chairman, Hon. Musefiu Lamidi, has however directed the management of the corporation to furnish it with more documents to assist the Committee on its proceedings with a view to ensuring accountability, probity and transparency in line with its constitutional duties.

Hon. Musefiu stated this while rounding off the session with the former Managing Director and other management staff of the Corporation in continuation of the consideration of the audit reports on accounts of Ministries Departments and Agencies at the Assembly Complex, Oke-Mosan, Abeokuta.

The Chairman requested the Corporation to supply document in relation to all housing projects built and sold between year 2015 and May 28th, 2019, the project respective locations and number of units alongside the level of completion on those yet to be completed and number of alloted property with explanation notes of inflow and outflow of cash during the period under review.

He noted that funds expended on MITROS Residences, Abeokuta were not appropriated for in line with best budgeting practices, seeking for the submission of documents in support of all cost lines and revenue on the properties between January 2015 and February, 2020.

Responding, Odusolu, who reeled out the various housing projects carried out by the corporation under his purview, appreciated the lawmakers for the opportunity to clarify issues and outline his scorecard during the period under review, positing that the Corporation needed to run like an independent business enterprise, which should be devoid of the public service scrutiny, rules and processes.

According to him, the Corporation started from the stage where it hardly made profit in 2013 when he took over, till it broke even as profit oriented corporation as at 2019.
Courtesy: Lawal Jamiu