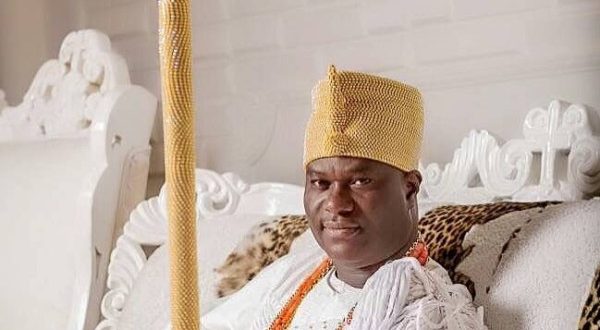 Ooni Enitan Ogunwusi And The Challenges Of History

StarTrend April 29, 2019 HEADLINE, OPINION Comments Off on Ooni Enitan Ogunwusi And The Challenges Of History 32 Views

Remi Oyeyemi, one of the greatest and one of the most prolific contemporary journalists and historians of my generation has titled his amazingly truthful  write-up above as “the Destruction of the Yoruba Nation.

It sounds to me like a total falsification of Yoruba History but I would like to reserve conclusive judgment on that until further notice but I lie to you if I tell I am not as deeply troubled about it as my good brother, Remi Oyeyemi.

In the absence of any proof to the contrary by great Yoruba Historians like Samuel Johnson of Oyo talk less of the first African Bishop Samuel Ajayi Crowther from Oshoogun near Iseyin or Professor Emeritus Saburi Biobaku, Professor Ade Ajayi or Professor Akinjogbin from Ile Ife Area to mention a few.

All of these Yoruba Historians have done some research and have written extensively on the History of the Yoruba and so was Pa. D.O. Fagunwa from Okegbo, our moral equivalent of William Shakespeare in the Yoruba race and the best fictional writer of his generation had used his fabulous imagination in dissecting the folklores of the Yoruba Race but he has stopped short of suggesting any of the interpretations of Yoruba History by the new Oonirisa. The

Kabiyesi Ooni Adesoji Aderemi who at a point in his long reign had doubled down as the first civilian Governor of the old Western Region and could possibly have used his enormous political leverage and influence with Obafemi Awolowo, the first Premier of Western Region and the greatest Yoruba Leader Second only to the progenitor of the Yoruba Race in our mythical Oodua could possibly have shed some light on the point the new Oonirisa but the man never did and if he did, I would appreciate anybody in Nigeria who is familiar with such  interpretation by the man or any Yoruba traditional ruler of consequence anywhere in Yoruba Southwest and Edo Kingdom to help shed more light on the point the new Oonirisa has raised that the Igbo of the Southeast and the Yorubas share the same origin and History.

The current Iku Baba Yeye, Kabiyesi Oba Lamidi Olayiwola Adeyemi III, the  great Alaafin of Oyo or Kabiyesi the Awujale of Ijebu Land, Oba Sikiru Kayode Adetona Ogbagba the Second are now two of the longest reigning Yoruba Obas and they are great Historians in their own right. Neither of them have never raised the same point. Never! The new Oba of Benin Oba Ewuare the Second is another powerful Historian whose analogy can be trusted.

I have delved high and low and far and wide into Yoruba History and I am a great fan and student of the First Nigerian Chancellor of the Premier University of Ibadan, Professor Kenneth Dike a highly respected Nigerian and Igbo Historian.

I am yet to find any suggestions that buttress the point the new Oonirisa has made.

I am not even sure that even the Igbos would buy into that kind of History without raising some eyebrows of their own, given the level of distrust between the two ethic groups in Nigeria.

The same Bishop Samuel Ajayi Crowther who first translated the Bible into Yoruba was also known  from reliable sources to have spearheaded the translation of the Bible into Igbo Language.

If the great Bishop was aware of the claim that the new Oonirisa is making now, there was a great chance he would have mentioned it in some of his writings and memoirs.

If any of you reading this is aware of any information in that regard, you should feel free to join in this debate that our brother Remi Oyeyemi has shown a lot of courage to spearhead for the benefit of the Yoruba Race.

I would resist the temptation to rush to judgment until I get additional feedback from some of you who are far more knowledgeable than some of us on this issue.

I really cannot wait to hear what Professor Emeritus of History for many years at the Obafemi Awolowo University and until his retirement, a few years ago at the  Temple University in Philadelphia, the one and only Professor Banji Akintoye has to say about the Oyeyemi write-up and what he has described as the Panda Bear Pronouncement by the spiritual Head of the Yorubas and the “Arole Oodua” by acclamation and consensus.