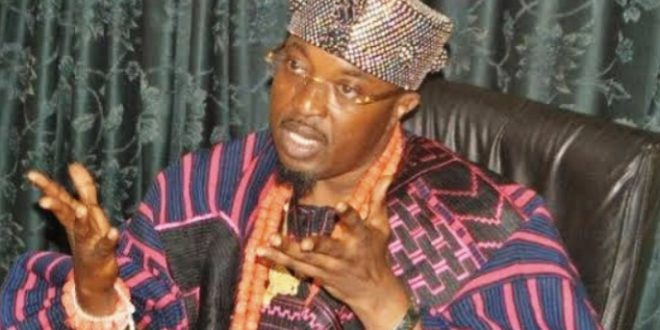 Oluwo Reveals Why He Beats Up Another Monarch During Peace Meeting

Idowu Hamed February 24, 2020 HEADLINE, NEWS Comments Off on Oluwo Reveals Why He Beats Up Another Monarch During Peace Meeting 75 Views 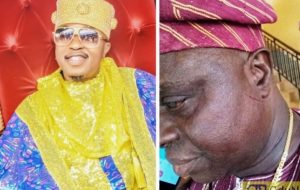 OSOGBO: The controversial monarch, Oluwo of Iwoland, Oba Abdulrosheed Adewale Akanbi, has reacted to the allegation that he beat Agbowu of Ogbaagbaa, Oba Sikiru, saying he only defended himself against the attempt of Agbowu to stick his eyes with his staff of office.

According to reports, Abdulrosheed Akanbi attacked a fellow monarch on Friday, February 14, 2020 during a peace meeting with Assistant Inspector General of Police in charge of Zone 11, Bashir Makama in Osogbo, Osun State.

The purpose of the meeting was to resolve a land tussle among royal fathers within the Iwo axis.

However, in a statement from the palace, Oba Abdulrosheed Akanbi stated that he was truly invited by the authority of the police to make peace on his stance to curtail excess land selling by monarchs under his domain.

According to him, ”At the peace meeting held at AIG office, Agbowu of Ogbaagbaa interrupted Oluwo while making his speech and called Oba Akanbi unprintable names, pointing his staff of office at Oluwo while attempt to stick the staff in his eyes was defended.

“How could a constable openly insult Commissioner of Police and make attempt to beat the CP? Can any monarch try such with Ooni, Alaafin”?

The palace of Oluwo called on Governor Gboyega Oyetola to intervene before all the lands in Iwoland are sold by these lesser Obas crowned by the Oluwo of Iwoland to avert an imminent crisis in the land.

Publisher and Editor in Chief - Magazine and Online Tel: 08038525526 - 08023339764 - 08055657329 Email: startrendinter@gmail.com
Previous HOW TB JOSHUA PREDICTION ON TERRORIST ATTACK IN GERMANY CAME TO PAST
Next Actor Yul Edochie Opens Up On Why Nollywood Can’t Stop Making Ritual Films