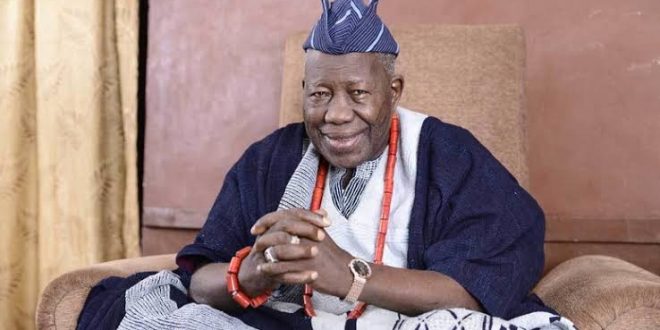 According to a release e-signed and made available to StarTrend Int’l Magazine and online www.startrendinternational.com by Mr. Adeola Oloko, Personal Assistant/Director of Media and Publicity to the Olubadan of Ibadanland, Oba Adetunji, 93 passed away in the early hours of Sunday, January 2, 2022 at the University College Hospital, UCH, Ibadan.

He is survived by his wife, Olori Rashidat Ololade Adetunji, Children, grandchildren and great grandchildren.

The remains of kabiyesi will be committed to the mother earth at 4.00 pm today at his Popoyemoja, Ibadan Palace according to Muslim rites.