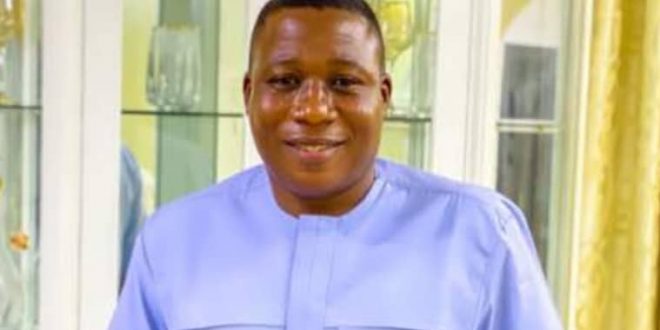 Oke-Ogun People Will Forever Be Grateful To Makinde – Sunday Igboho

IBADAN – The Governor of Oyo State, Engr. Seyi Makinde, has been commended for the approval by the State Executive Council of rehabilitation of the 45.3 kilometres Saki-Igboho road, in Oke-Ogun area of the state.

Giving the commendation was an Ibadan-based businessman, Chief Sunday Adeyemo, popularly known as Sunday Igboho, in a statement made available on Thursday, October 15, 2020 to journalists in Ibadan.

Adeyemo, who hails from Igboho in Orelope Local Government Area of Oyo state, noted that the move by the state government under the leadership of Governor Seyi Makinde, is quite commendable, adding that the development is an attestation to the fact that the governor is a man of

his words as he had promised during his governorship campaign to ensure that every nooks and cranny of the state would witness overall development as soon as he becomes the governor.

His words: “I am very sure when the rehabilitation work on the road is completed, it would further boost the economic ties between the two towns, part of which is agriculture, pride of the two major hubs for food production in the state.

“Once again, I want to thank the governor and the entire members of the State Executive Council for considering the rehabilitation of the road. I am very sure that the people of the two towns who are direct beneficiaries of the road would make judicious use of it and would forever remain grateful to the present administration in the state”.