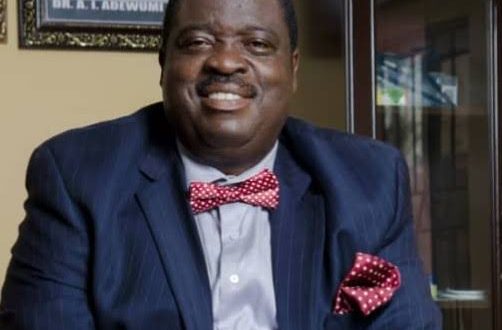 ABEOKUTA – Tons of local rice would be distributed to the Nigerian food market by December this year through the Ogun state rice production project, the state government has disclosed.

The State Commissioner for Agriculture, Dr Adeola Odedina disclosed this on Thursday, September 24, 2020, during a tour of 600-hectare of rice farm at Igbo-Aje village in Yewa-North Local government of Ogun state.

The project, aside the government’s current effort to support farmers, youths and other persons interested in rice value chain, is motivated by the land border closure and the apparent reason of widening the internal market.

The Commissioner disclosed that the border shutdown was a turning point for rice farmers in the state, motivating many who hitherto left production to return with greater enthusiasm.

Other rationale behind the massive rice production, the Commissioner stated, was to maintain the status quo of being the largest producer of rice in West Africa and Nigeria.

Odedina hinted that the state was also involving in paddy aggregation for neighbouring state like Lagos to enjoy rice without running to the North.
“We have a renewed interest in rice business in Ogun state and we need to be patient for the farmers to harvest and process. We cannot finish this, we need to sell to our neighbouring states. We are taking advantage of the vast land we have in Ogun state to grow rice .

He continued: “We are also involving in paddy aggregation so that if neighbouring state like Lagos needs rice, there will be no need to go to the North, but rather come to Ogun.”

The Commissioner who stressed that off-takers were already working to take the rice that were produced during the last season, boasted that this year’s Christmas festival would record massive consumption of rice produced in Ogun state.

The rice project is currently ongoing across nine local government areas of the State, including Obafemi-Owode, Yewa North and South, Ijebu North & East, Ifo amongst others.