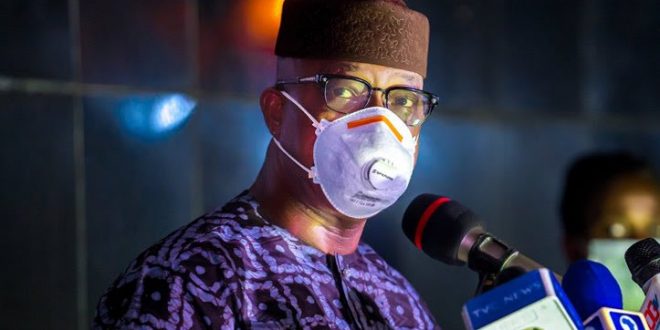 ABEOKUTA – The Chairman, Ogun State Teaching Service Commission, Evang. Olalekan Ifede has admonished teachers in public schools to instill their professional skills in classrooms and also inculcate disciplines on the students, so as to extinct truancy, misconduct and misbehaviour in schools across the State.

Ifede made this known while addressing teachers during usual monitoring tour to the secondary schools in Abeokuta South Local Government of the State, noted that teachers were emulative symbols and must be conscious of legacies exhibited for students to emulate.

“Ensure that you appear neatly dressed at all times for students to replicate, as they will be accustomed to neat appearance to their mature age”, Ifede said.

The Chairman, according to his Media Aide, Mrs. Gbogubola Alao, said that it was very vital for the teachers to embrace his/her students and treat them as their children, especially through impartation of quality knowledge and regular counseling, in order to erode vices and misconduct amongst students.

Ifede added that consistent monitoring of students notebooks should be sacrosanct, so as to propel academic excellence in the schools across the three Senatorial Districts of the State.

He however, informed that schools should endeavour to seek indulgence of its communities and old students associations to come to their aid, in erection of structures, saying that this would assist the government’s ongoing reformation agenda.

Responding, the Principals in Senior and Junior secondary schools, Baptist Boys High Schools, Mr. Olusoji Kushimo and Lasabi Olarenwaju, hailed the State government for giving priority to educational sector, noting that the state had set education stakeholders on their toes.