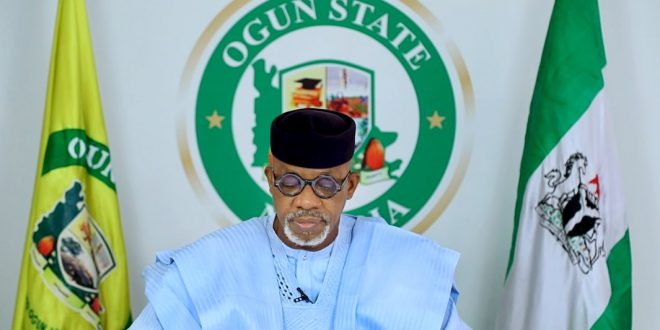 ABEOKUTA – Ogun State Students have appealed to Governor Dapo Abiodun to investigate the process of the impeachment of the former Deputy Speaker of the state’s House of Assembly, Hon. Dare Kadiri “in order to restore sanity in the state.”

His impeachment however preceded the election of Hon. Balogun Akeem who is a member, representing Ogun-Waterside State Constituency as the substantive Deputy Speaker.

But the students body in a Press conference in Abeokuta, the state capital on Tuesday, March 9, 2021 described the impeachment as unwarranted and baseless, adding that it was capable of demotivating other good ambassadors of the State in various sectors.

According to the students, “a deep look into the allegations which the Assembly’s members premised the removal of Kadiri upon would unveil a foul play in the impeachment process.”

The students further argued that, “the Deputy Speaker was only removed in paper with written excuses, but in reality, was removed on the basis of personal encounter with some persons, a removal they termed “unconstitutional.”

Speaking at the Press conference, the President, National Association of Polytechnic Students (NAPS), Comrade Olasunkami Ijaduoye said, “Removal of Hon. Dare Kadri is stripping off the students benefits which they have been enjoying through effective lawmaking, series of Interventions which does not exclude the constitutency he represents.”

He added, “we however call on the Governor to intervene and investigate the process of his removal in order to bring sanity into the House as a listening, democractic and progressive Governor.”

In his words, “the National President of Ijebu Youth Association, Comrade Wasiu Okikiola Fayomi challenged the state government to probe the impeachment process.”

His opined that, “the impeachment which is just to serve the ego of the Speaker and not the overall public interest should be reversed within the next seven days or else the youths will be at the Assembly to protest this disservice to our growing democracy.”

Fayomi alleged, “The Speaker is said to have been looking for a way to get rid of the Deputy Speaker who he believed had been poke nosing into how he handled the finances of the assembly.”