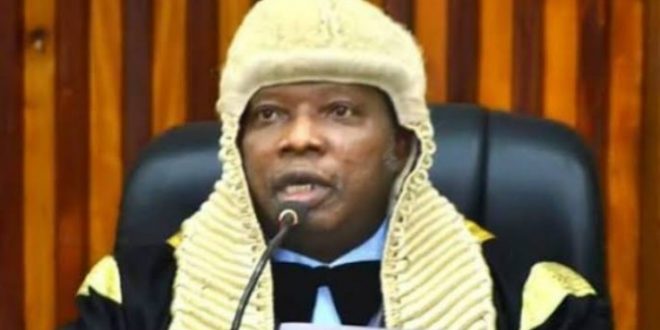 ABEOKUTA: The Ogun State House of Assembly (OGHA), has assured strict collaboration with the National Assembly towards having a uniform legal framework alongside other State legislatures to ensure more stringent punishments aimed at curbing the menace of rape in the society.

The Speaker, Rt. Hon. Kunle Oluomo stated this while addressing the State Chapter of National Council of Women Societies of Nigeria led by Mrs. Aishat Adeyiga at the Assembly Complex, Oke-Mosan, Abeokuta.

Oluomo, who decried the effect of rape on the victims, especially women and the girl-child in the society, justified the basis for the reviewing of the existing laws inline with the current realities, with a call for sustained campaign against drug abuse by the youth, as well as more advocacy/orientation for young girls, especially on the need to avoid indecent dressing.

Commending the association for its commitment towards putting in place measures against rape, Oluomo added that high rate of drug abuse and intake of other harmful substances in the society remained a major contributor to the menace.

Earlier in her speech, Mrs. Adeyiga said that the association had decided to join their counterparts in the 36 states of the Federation, including the FCT to convey their unalloyed support for death and capital punishment for rapist, adding that rape victims mostly included babies and the old women were often being used for ritual purposes.

Adeyiga added that the dastardly act often led to long-lasting psychological and physical trauma, canvassing for death sentence for potential rapists to serve as deterrent to others.