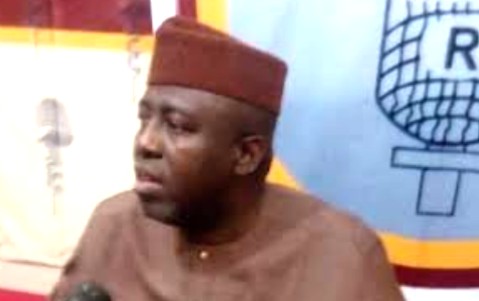 IJEBU-ODE – The aggressive move by the present administration at securing appropriate youth and women empowerment and the advancement of her Gross Domestic Product for socio-economic independence of the state has made the need for harnessing demographic dividends and potentials inevitable.

This development has triggered the ongoing 5 Day Workshop, tagged: ‘’Development of Road Map for Harnessing Demographic Dividend’’ organised by the Ministry of Budget and Planning in-conjunction with the United Nations Population Fund (UNFPA) and Health Policy Training and Research Programme (HPTRP) at Ijebu Ode.

Speaking at the flag off of the workshop, The State Honourable Commissioner for Budget and Planning, Mr. Olaolu Olabimtan represented by the Director of Planning of the Ministry, Mr. Akinyemi Otunuga, said that the ever growing population of the state which was put at a growth rate of 3.2% annually, portends a great asset if properly harnessed through deliberate efforts in carrying out policy decisions and programmes that would increase the working population, improve the standard of living and dependency ratio, a combination of which leads to increased savings, investment and accelerated economic growth.

The Director of Planning, Mr. Akinyemi Otunuga said that part of the Medium Term Sectoral Strategy (MTSS) of the state was to see it fully implemented to achieve a desirable growth by year 2030, stating that this accounted much for the Governor’s resolve at energizing the youth and women with series of initiatives like ‘Okowo Dapo’, a replica of the trader money at the federal level.

He revealed that other human capacity building initiatives of this present administration include the re-invention of the ICT sector with the establishment of Ogun Tech Hub, a fully integrated ICT Center, which is second to none in the country, the massive revolution tasking place in the Agricultural sector, where a whole lot of youths are being empowered daily with projects that include, the CBN financed Anchor Borrowers Programme, the Broiler and Cassava projects as well as the World Bank financed Ogun State Economic Transformation Project (OGSTEP) which is set at creating an enabling environment for Business and Investment as well as setting the pace for the total overhauling of the State Technical Colleges for improved skills development.

He however advised all stakeholders at the Ogun developmental programme to ensure that government policies and programmes were implemented completely as only this could ensure the achievement of a favourable demographic dividend for the state.

Other resource personalities at the workshop include Prof. Olanrewaju Olaniyan, Dr. Akanni Lawanson and Dr. Noah Olaseinde from the Department of Economics, University of Ibadan, who were of the view that it was only when the state improved on increasing its working population in fields that have multipliers effect like agriculture, that an enabling environment where the private sector involvement in economic development could thrive, would be created.

Dr Akanni Lawanson particulary harped on the improvement of the agricultural sector, which he believed could create massive employment if its value chain was explored.

At the end of the various presentations, it became a consensus among participants that the working class population of the state needs to be improved on, the enablers of conducive environment that include infrastructural development should be upgraded and areas of strength among the vulnerable should be worked on for the state to achieve a desirous demographic dividends by the year 2030 as proposed,saying that the working population which stood at around 3million out of about 6million people of the state could be increased creating an enabling environment where they can break even and become self-sustenance