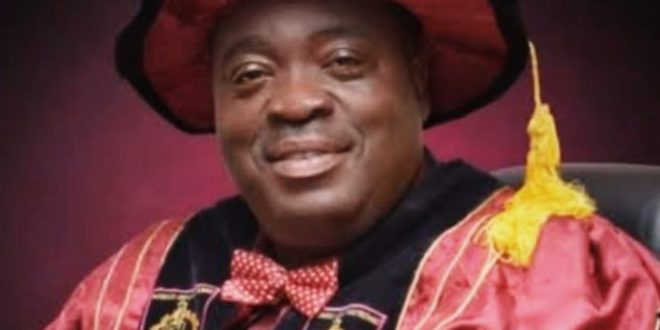 By AbuSatar Hamed
ABEOKUTA: Ogun State Government has reaffirmed its resolve to engage Public Private Partnership (PPP) to actualize its goals of developing agriculture and creating employment opportunities for the people.

According to a press release e-signed and made available to StarTrend Int’l magazine & www.startrendinternational.com by S.F. Ojo, SA Media to the Governor, the Commissioner for Agriculture, Dr. Adeola Odedina, gave the assurance when he received in his office at Oke-Mosan, Abeokuta, representatives of Nigeria Incentive Based Risk Sharing System for Agricultural Lending, (NIRSAL) and the Nigeria Agricultural Insurance Corporation (NAIC).

Odedina said the present administration has identified agriculture as one of the major sectors for employment opportunities and was ready to give necessary support to intending investors that aligned with the State Government’s agenda.

He noted that the State was striving to achieve self-sufficiency in food production, provide avenue for exportation of cash crops, as well as, raw materials for the numerous agro-allied companies, saying, with the high commitment, demonstrated by Government to develop the sector, agriculture remains the only avenue for the development of the country.

Earlier in her remarks, the representative of NIRSAL, Mrs. Jumoke Ilo, said the courtesy visit became imperative to intimate the Commissioner with activities of the organisation, which included; facilitation of agriculture business, risking agricultural value and fixing broken agricultural value chain by working with small scale farmers towards improving their livelihood.

She noted that her agency was ready to work with the State Government towards actualizing its agricultural development agenda, for the betterment of the people of the State and the nation at large.

Representative of NAIC, Mr. Tayo Adeolu, commended the State government’s agricultural development agenda, which he noted would increase productivity and create wealth, pledging his organisation’s support for the initiative.