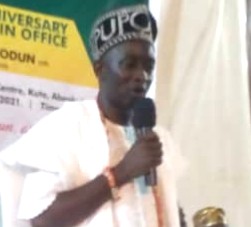 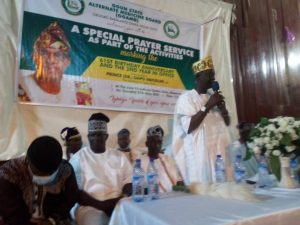 ABEOKUTA – The Ogun State Governor Prince Dapo Abiodun has reiterated its administration commitment to transform Alternate Medicine practice into worlds class standard as part of effort to further meet health challenges of the people, especially those at the grassroots.

According to a release e-signed and made available to StarTrend Int’l & online – www.startrendinternational.com by Dolapo Jinad, Press Officer, Ogun State Alternate Medicine Board, Governor Abiodun gave the assurance at a special prayer organized in his honour by the “Ijo Babalawo and Onifas” in the state, to mark his 61st Birthday and 2nd year anniversary in office, at the June 12 Cultural Center Kuto Abeokuta,

He said the present administration in the State had put in place policies and programmes that would ensure that the sub-sector developed to worlds class standard.

The Governor who was represented by the Chairman Ogun State Alternate Medicine Board, Balogun Nurudeen Olaleye, commended the gesture and ingenuity of the the Traditional healers under the aggies of “Ijo Babalawo and Onifas” in Ogun State for their support to the present adminstration in the state, assuring them that their request would be tabled before the governor.

Balogun Olaleye charged them to always take their practice serious and make sure that they register and validate all their necessary documents with the board in order for them to enjoy government supports. 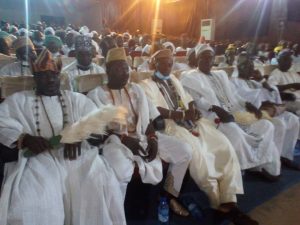 Also speaking, the Special Adviser to the Governor on Health, Dr. Ololade Lawal, while appreciating the “Babalawos” and “Onifas” in the State stated that the present administration in the state will not relent in its effort at providing necessary support for them at all times, adding that since government has realized the significant and opportunities abound in the use of Alternate Medicine as well is patronages by the people.

On his parts, Chief Aregbesola Anipupo, the Oluwo Ifa of Ogun State who led the prayer session said Governor Dapo Abiodun deserves more than this from the practitioners of Alternate Medicine in the state and that they are always willing to do more and be part of government activities from time to time, while appealing to the governor to grant them the long agitating “Isese” public holiday.

Chief Anipupo acknowledged the giant strides of the governor in the State, adding that “the unity and peaceful coexistence among different religious groups is highly appreciated, especially the way he is balancing government involvement in religious matters and we are very proud to be associated with Prince Dapo Abiodun.”

His words, “Governor Dapo Abiodun has elevated us and our jobs in the Ogun State and we can now compete favourably with our colleagues in other Southwest states on Alternate Medicine practices.

“This is the first time in the history of Ogun State and we have nothing to offer him than our loyalty and prayers, because nothing is above prayer. We also appeal to the governor to declare August 22 as “Isese Holiday” date just like they have done in other SouthWest States.” 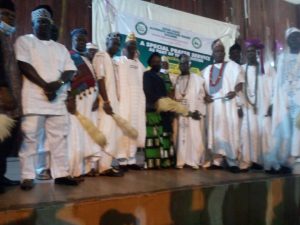