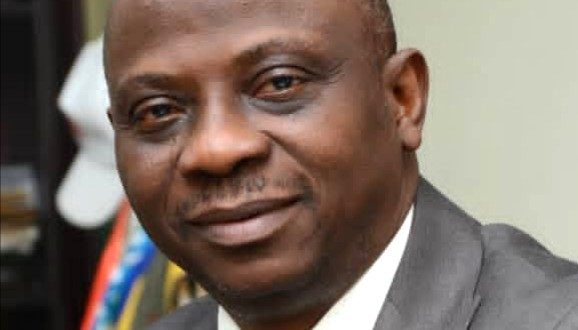 ABEOKUTA – The Permanent Secretary, Ogun State Hospital Management Board (OGHMB), Dr. Nofiu Aigoro has been honoured with the International Award, named: “Icon Of Nation Building and Societal Development In Nigeria”, by the West African Students’ Union Parliament (WASUP), as part of his efforts towards the growth and development of Nigeria and Sub-Shara African.

The leader of delegation and Director of Mobilization, Comrade Olalekan AbdulRahmeen of Kwara State University, which handed over the award to Dr. Nofiu Aigoro, said that the award was in recognition of the Permanent Secretary’s enviable and exemplary leadership style and service to humanity.

“In fact, the Permanent Secretary is an enviable human being, generous, responsible and reliable. He really worked, assiduously for Ogun State and even across the Sub-Sahara African, his exemplary leadership style, display of professionalism and excellence in the discharge of duties worthy of emulation,” AbdulRahmeen said.

Contributing, the Speaker of the Union, Rt. Hon. Saint Solomon of the Institute of Professional Studies, Medina, Accra, Ghana, said that the Permanent Secretary was selected for the award because of his track record of exemplary performance, towered above his peers.

He said the Union was unanimous in selecting the Permanent Secretary for the award, especially because of his sterling performance in office and to humanity, noting that they would always remember him for his tremendous contribution to the masses.

In his reaction to the award, Dr. Aigoro expressed his gratitude to the organizers of the award and the convener, stressing that the award further affirmed that he has positively touched many lives in one way or the others.

Dr. Aigoro added that the award would further spur him and his works to humanity and in enthusiasm to do more in ensuring that he remains above at all times in the provision of goods and services to the people.